Congratulations to everyone who stepped up for grading at yesterday’s grading (Saturday, 9th May).  Gradings are always a challenging time, for students, for parents who have children grading and also for instructors.  Some people may not realise that it’s also challenging for instructors, because it’s at grading days more than any other time, we are forced to hold a mirror up to ourselves and see if we have been doing our job properly in guiding our students.  Just as students are put under the microscope, so too are the instructors on grading day.  After all students learn everything they do from somewhere.  Sometimes it’s confronting, sometimes it’s a celebration.

Yesterday’s grading was quite an unusual one, in a good way.  Because something happened that is quite rare.  Everyone passed!  Well done to everyone who stepped up.  At Sunshine Coast Karate, we will hold you to a high standard.  And if you don’t step up and do the work and perform on the day, you may not pass.  While we never like to see people fail, sometimes it’s the best thing that could happen.  But, no tough lessons yesterday.

Here are the results!  But keep reading below, we have another short story about one of our members who graded yesterday that we would like to share. 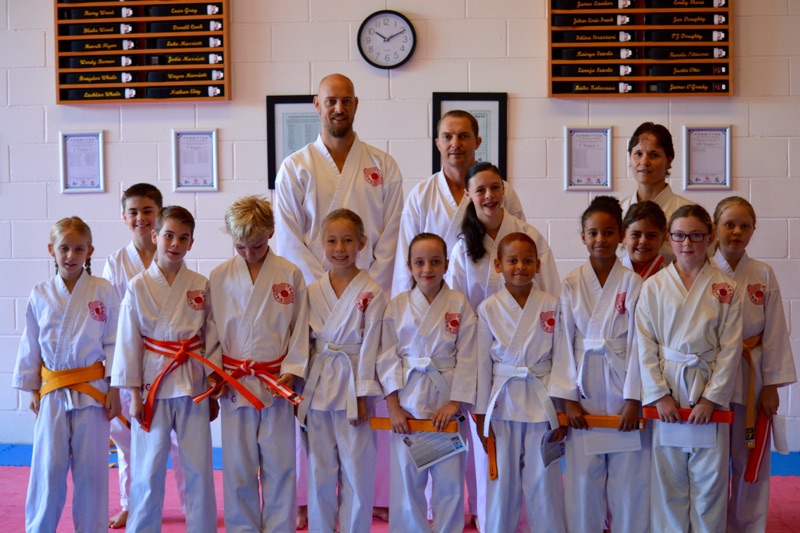 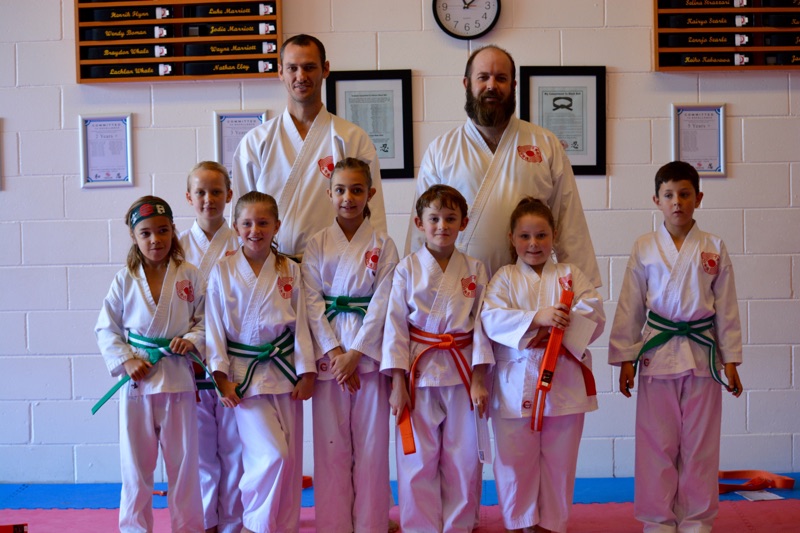 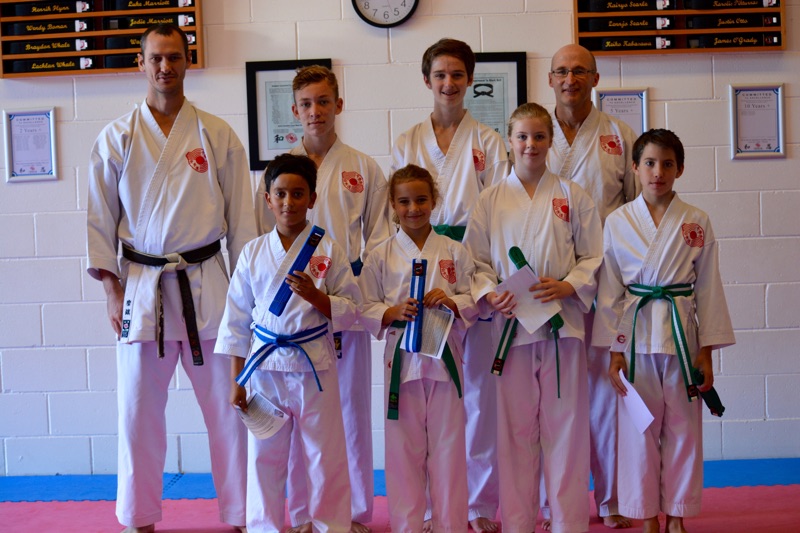 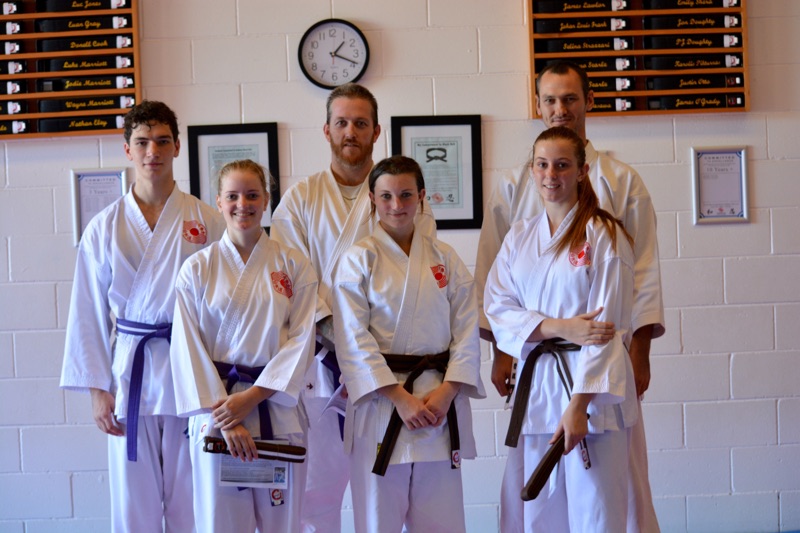 As promised, here is a short message that was posted on facebook shortly after the grading from the parents of one of our young students in the first group.

As a family we celebrate days like today. Grace had her Karate grading and went up a belt. I’m not sure if her technique was on point but I can tell you her can do attitude, commitment in always trying her best shone through. No coloured belt compares to how proud she was of herself when her name was called out. My heart swelled when I thought of how far we have come in our journey with Williams Syndrome. It doesn’t seem like that long ago she had a k-frame learning to walk and here she is walking unaided, balancing and kicking one leg ! She really is our “Amazing Grace”.

Thank you to Sandra & Martin at Sunshine Coast Karate for your continual support its awesome to be a part of such a wonderful facility where our kids can learn and grow. 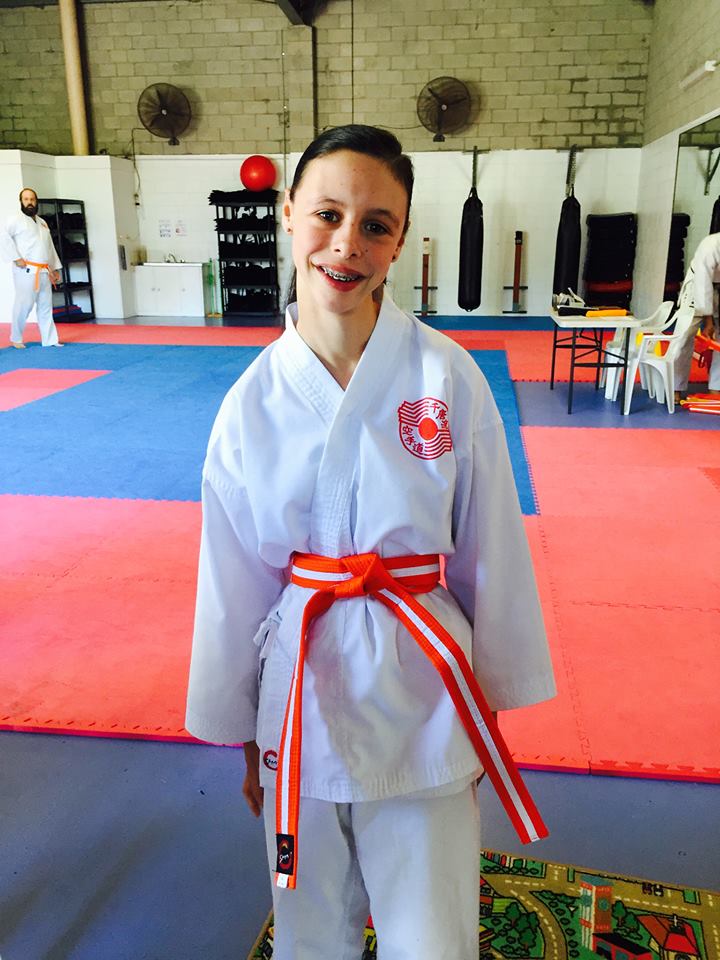 Grace truly is an inspiration student.  An amazing example of perseverance and the indomitable spirit we hope to foster in all students.  With the support of her amazing family grace has had amazing growth in her karate journey.  It hasn’t been a fast track nor an easy one for her, but she keeps turning up and always gives her best.

When Grace first started training with us she could barely walk across the dojo, literally.  When she got the point of being able to stand on one leg without help, this was truly a life changing moment for her.  Now she can do so much more than that and we can’t wait to see what the future brings.

Grace many not have the technical abilities or physical prowess of her peers.  But what she lacks in physical abilities, she makes up ten-fold with spirit. And the thing we love most about Grace, she always does it with a SMILE!