It’s always great to get back into the dojo in the new year.  After a few weeks off, over-indulging during the holiday season it’s really easy to get a bit lazy and fall out of the habit of training. That’s why we alway love to start the year off with a training intensive and invite members to kick off the year with a free upgrade to unlimited training for the month of January.

Although general classes have been quite big already, this year only a small group of people have jumped in to take full advantage of the training intensive.  This involves training in almost every class on offer for the first 2 weeks.  This year we have just 3 students who have made it to nearly every class so far.  We say nearly every class, because they have the option of having the day classes off on Tuesday and Thursday.  But that still leaves a total of 46 other classes they can do throughout the first 2 weeks. 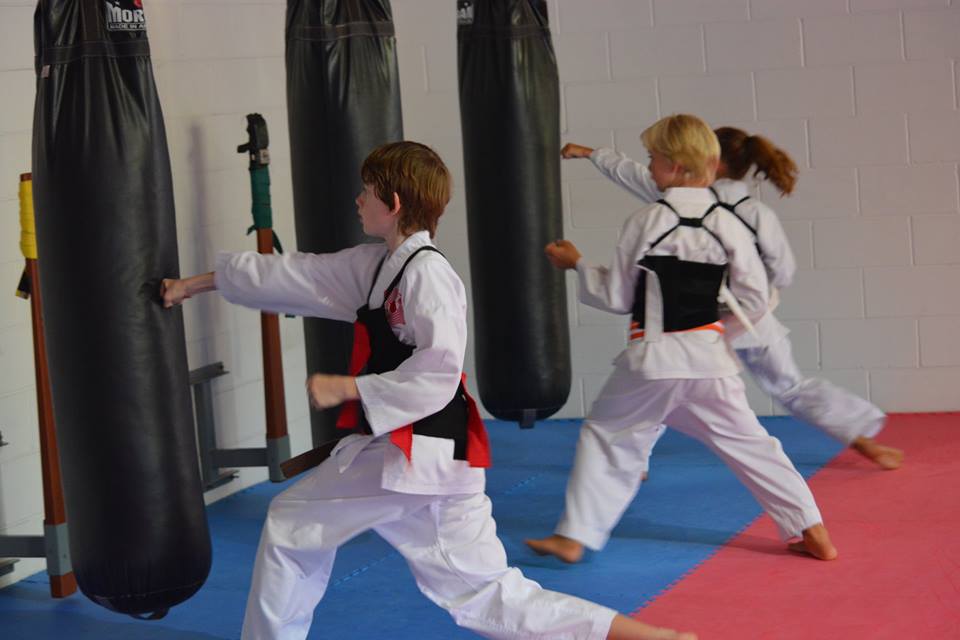 There are also quite a few others that have been getting into the dojo a lot too, just not every class like these karate crazy kids.  Of course a big thank you to their parents who support this level of commitment.  It’s not an easy task to be taxi driver all the time and there’s no way they could keep it up without their support. 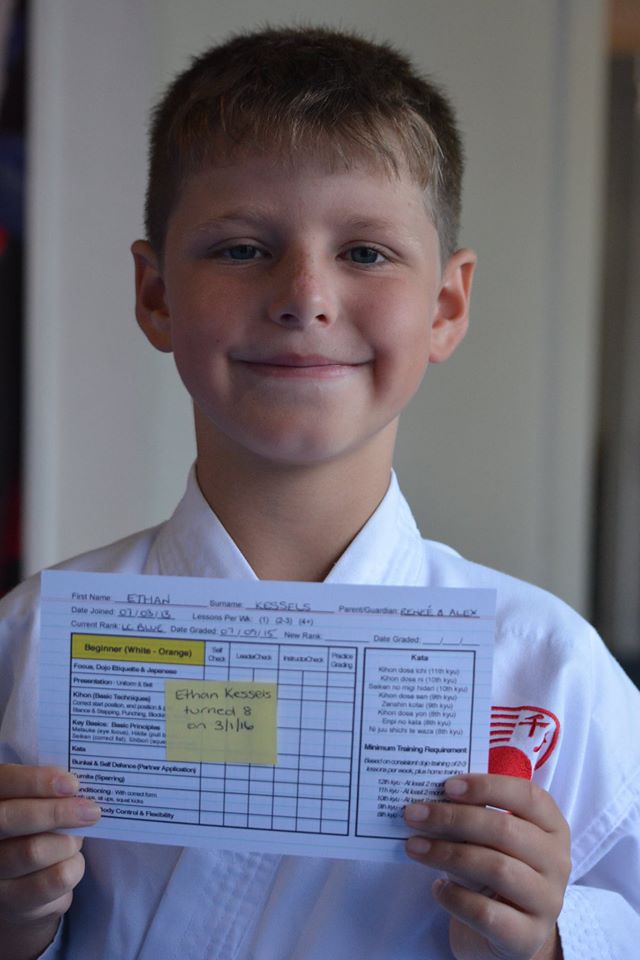 For a lot of kids stepping up to the Karate Kids classes, it’s a daunting step, almost like going from primary school into high school.  Everything’s different, you’re no longer the biggest fish in the pond.  You can see the emotional ride that quite a few of the kids go through, but it doesn’t take long for them to settle in.

Also in the dojo this week we’ve been enjoying some kumite tag for our Little Champions.  Pictured below we see Hailey & Landon getting into it, like only a brother and sister can. 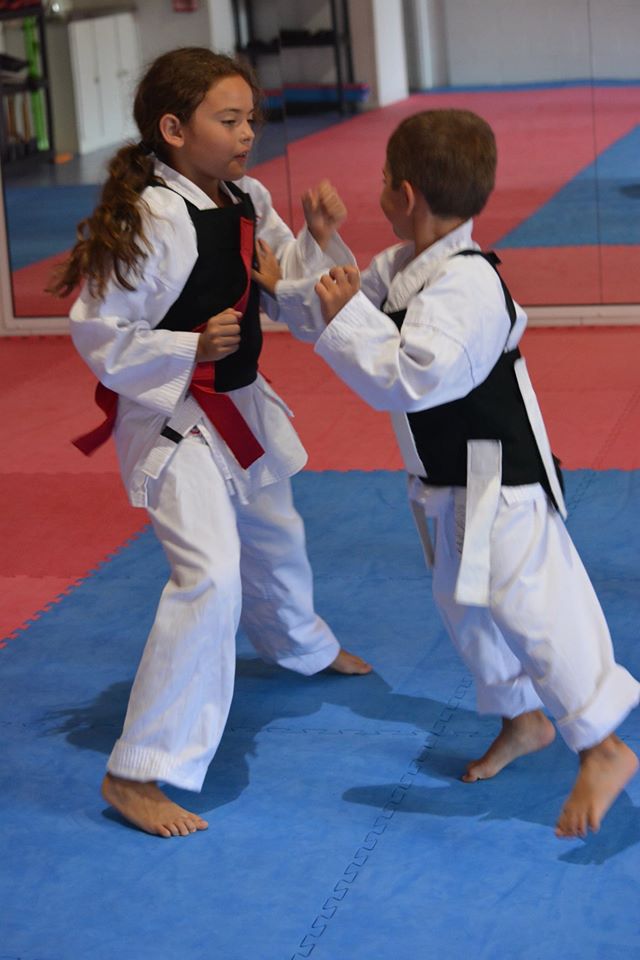 Kumite tag is a “game” we invented right here at Sunshine Coast Karate.  A few years back we found that a lot of our younger kids were too scared to do kumite (sparring) so we developed kumtie tag, where kids still develop the basic skills of distance, timing, target, defence, footwork, etc.  Without the fear of actually getting hit.  Our beginner kids absolutely love it, as do some of our older and more experienced kids & teens (as you can see from the picture below), when they’re helping out with our Little Champions classes. 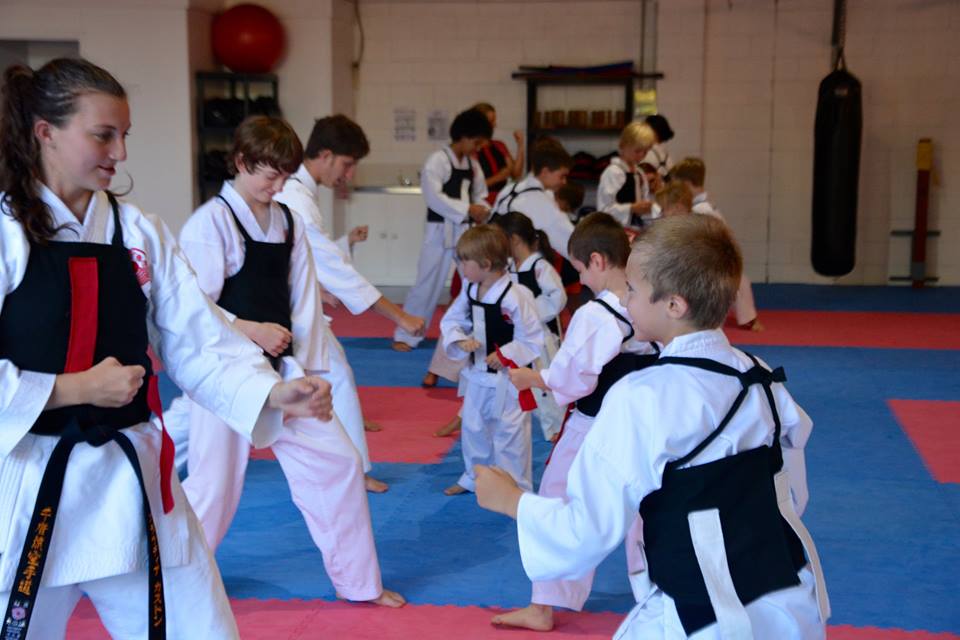 For the older kids though we jumped into some bogu kumite.  Many styles of karate practice a non-contact style of kumite.  But in Chito-Ryu we practice so students know what it’s like to actually get hit (when they don’t block) by using protective chest guards and head guards for teens & adults. 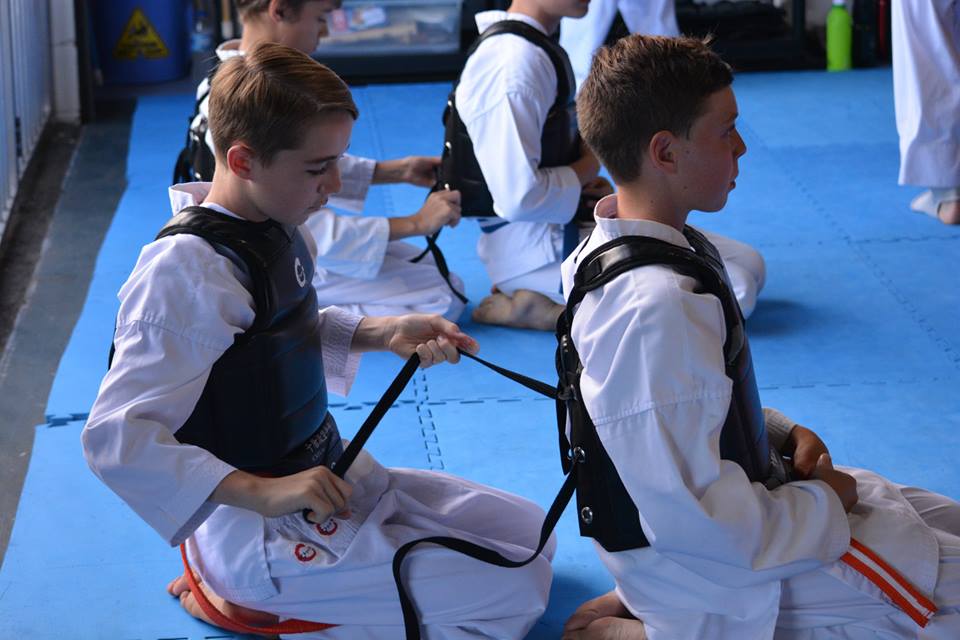 This week in some of the classes, the kumite focus has been to use correct distance.  By reaching with your hips when you punch you can keep your head out of the firing line and more easily avoid the counter punches that will inevitably come. 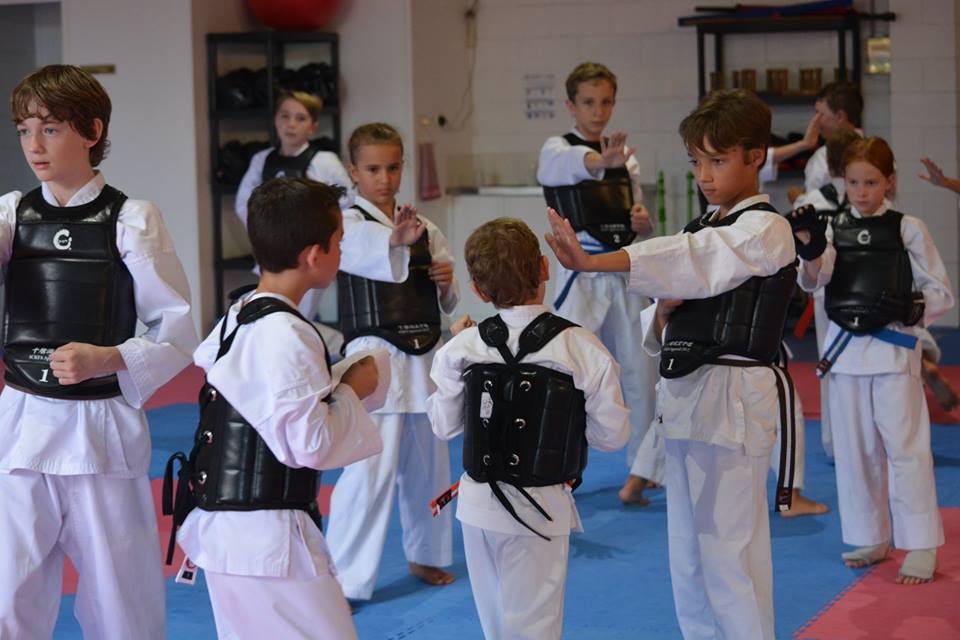 Of course a big part of the training has just been to focus on the basics.  The basics form the foundation of everything that we do.  Concentration, posture, stance, balance…. 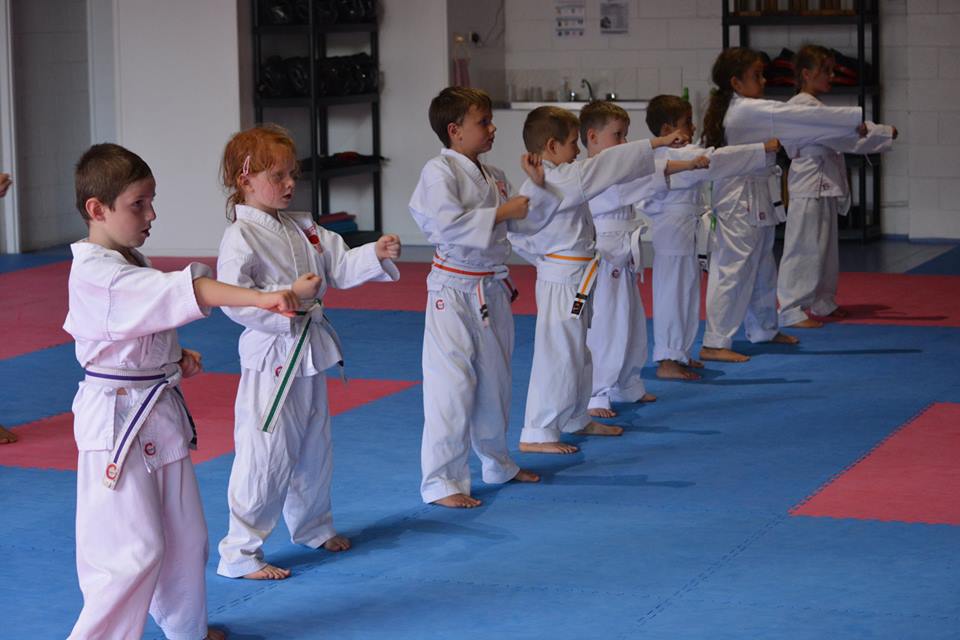 And along with practising the basics we’ve been doing lots of stretching.  Some people need a bit more work than others when it comes to stretching, but it’s something that everyone has to work at, because, if you don’t use it, you lose it. 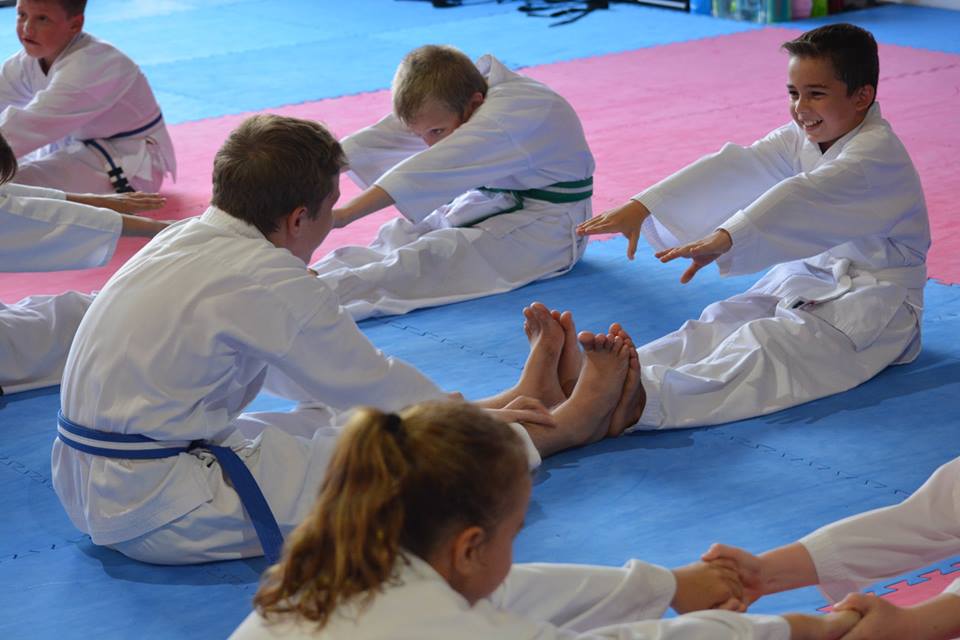 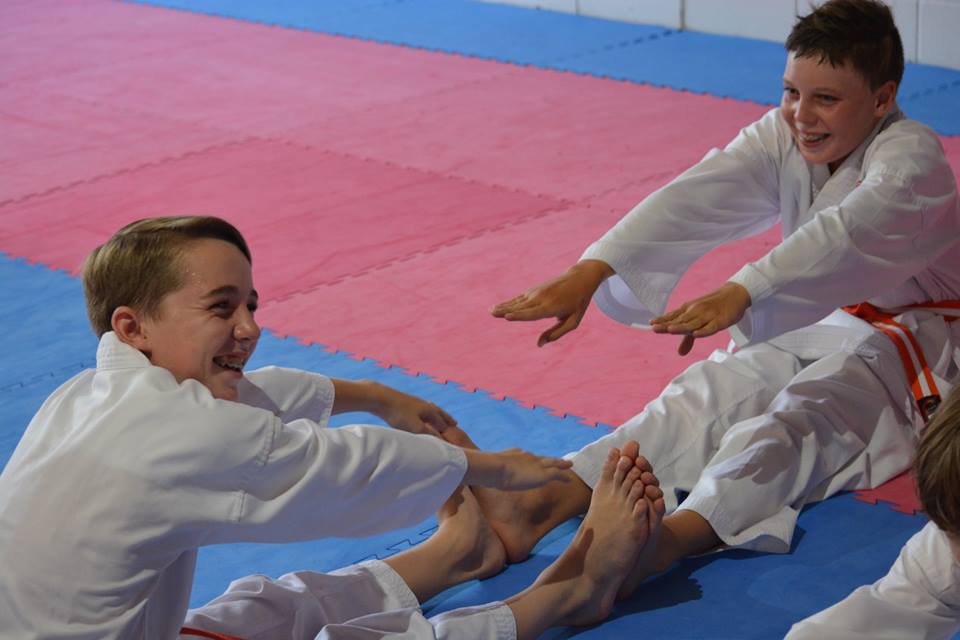 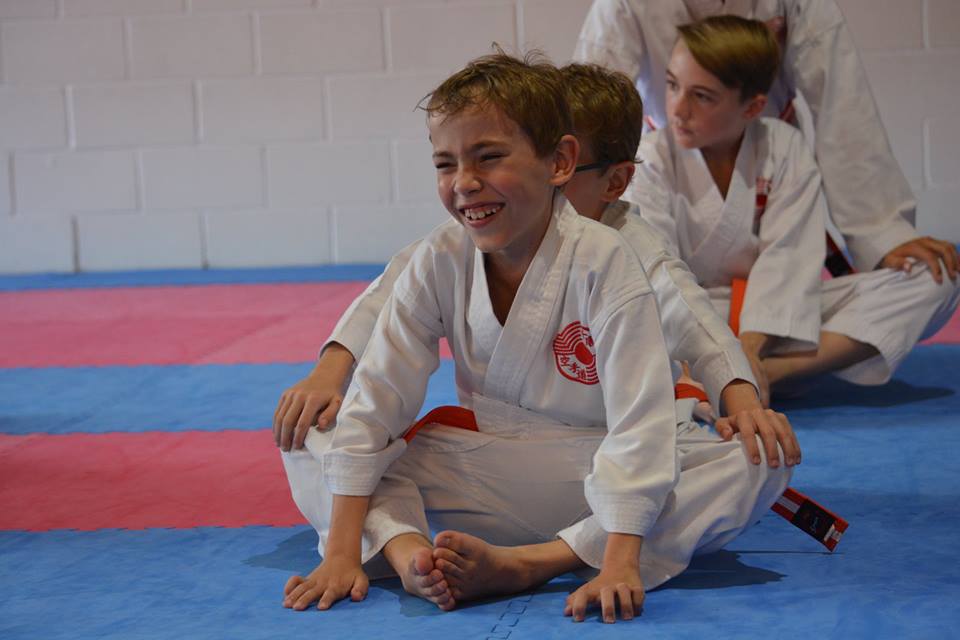 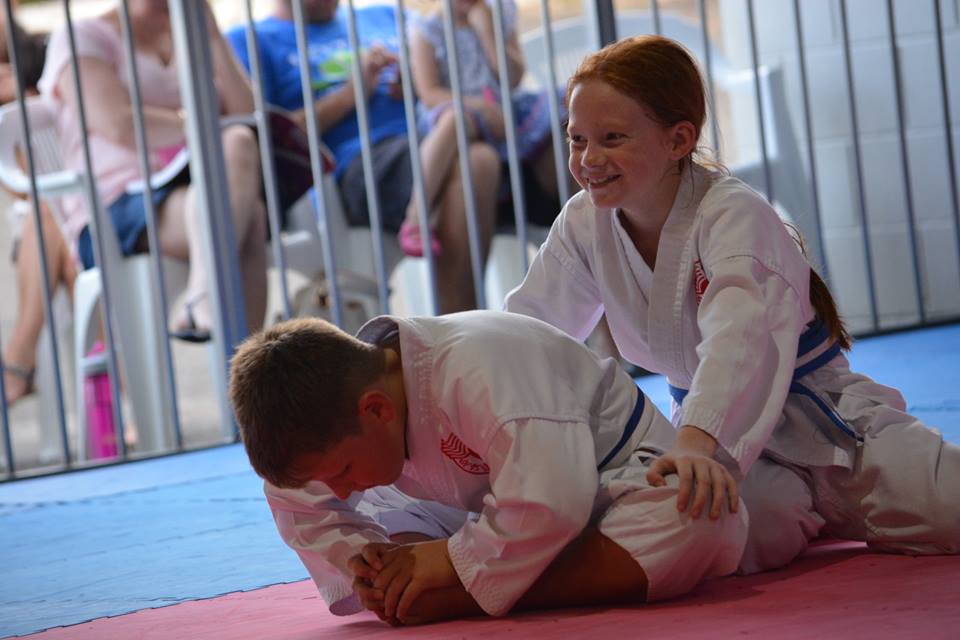 By looking at these photos, you’d probably think that we only have classes for kids.  Well that’s certainly not the case.  Our adults have been working hard too.  We just haven’t got any photos of them this week.  Maybe we’ll have to break out the camera in a few other classes next week to show what they get up to in class.

2016 is definitely shaping up to be another big year ahead and we look forward to sharing it with you in the dojo.

For more photos, be sure to jump across to the album on our facebook page.