A few weeks ago when we had Mitchell German Sensei here from Canada, he noticed that we had a few students who just about lived at the dojo.  While it’s true there were a few people who did some extra training while he was in town, it was just normal routine for a few of them.

Towards the end of his week on the Sunshine Coast, German Sensei told a few of these students about hockey season in Canada.  For those who don’t know, ice hockey is a pretty popular sport in much of Canada.  And much like our dojo, there are some young hockey players who just about live at the ice rink throughout the hockey season and they’re affectionately known as “RINK RATS”.

We don’t know that much about ice hockey, but we think we’ve got a few “DOJO RATS”.  And one of them had a birthday the other day, so we thought we’d do up a special present for her to acknowledge her status as a dojo rat (check out the t-shirt in the photo below). 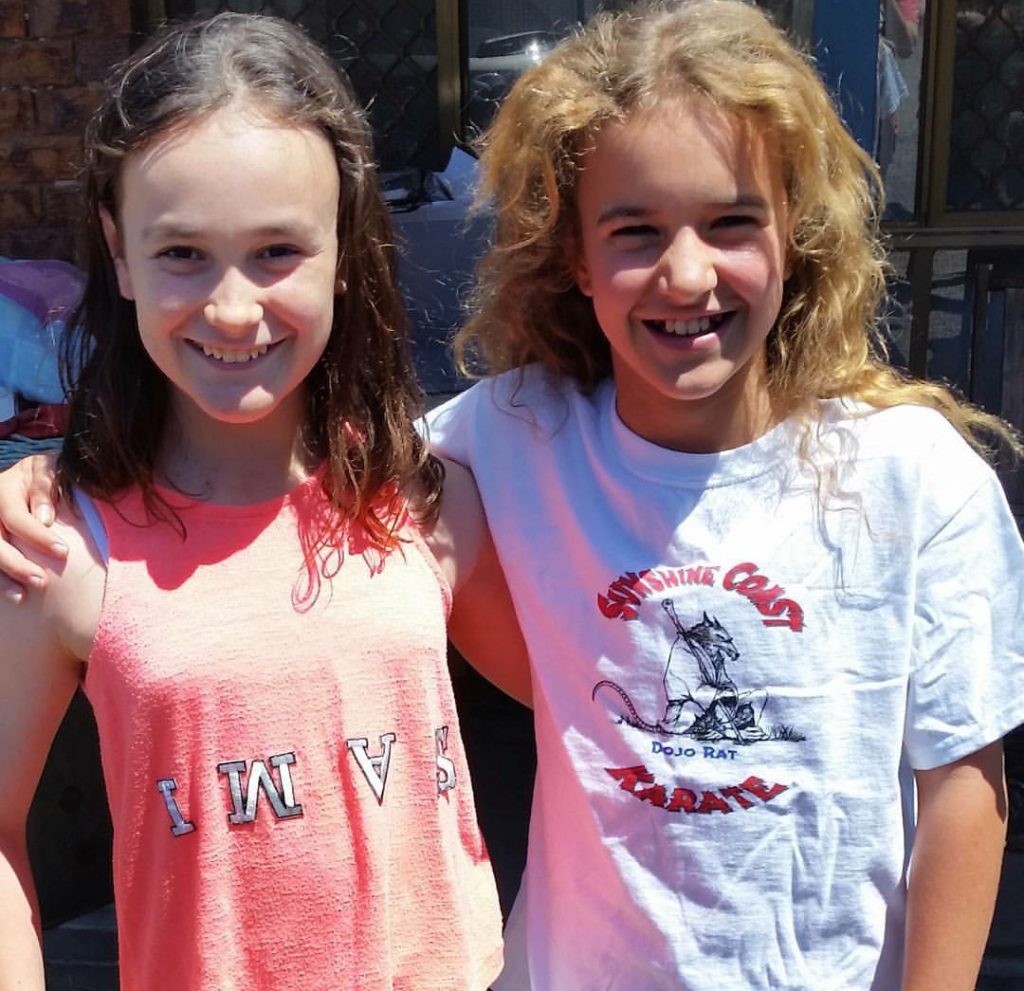 These two dojo rats pictured above (Sami & Savannah) have come up with a qualification standard for anyone who wants to join the elite ranks of the Sunshine Coast Karate Dojo Rats.  All you have to do is train at least 5 lessons a week for a minimum of 3 consecutive months.

They’ve already been through all of the student progress cards to see who qualifies, and it’s a very exclusive club.  But it’s not too late if you want to join the ranks and become a dojo rat too.

So….. what do you think? Do you have what it takes to become a dojo rat?