The dust is now starting to settle after the 2017 Soke Cup, International Chito-Ryu Karate-Do Championships.  And we are very proud to say that our local Sunshine Coast representatives have done us proud.  Not everyone came away with medals, but everyone definitely had some great performances and learned a lot from the experience. 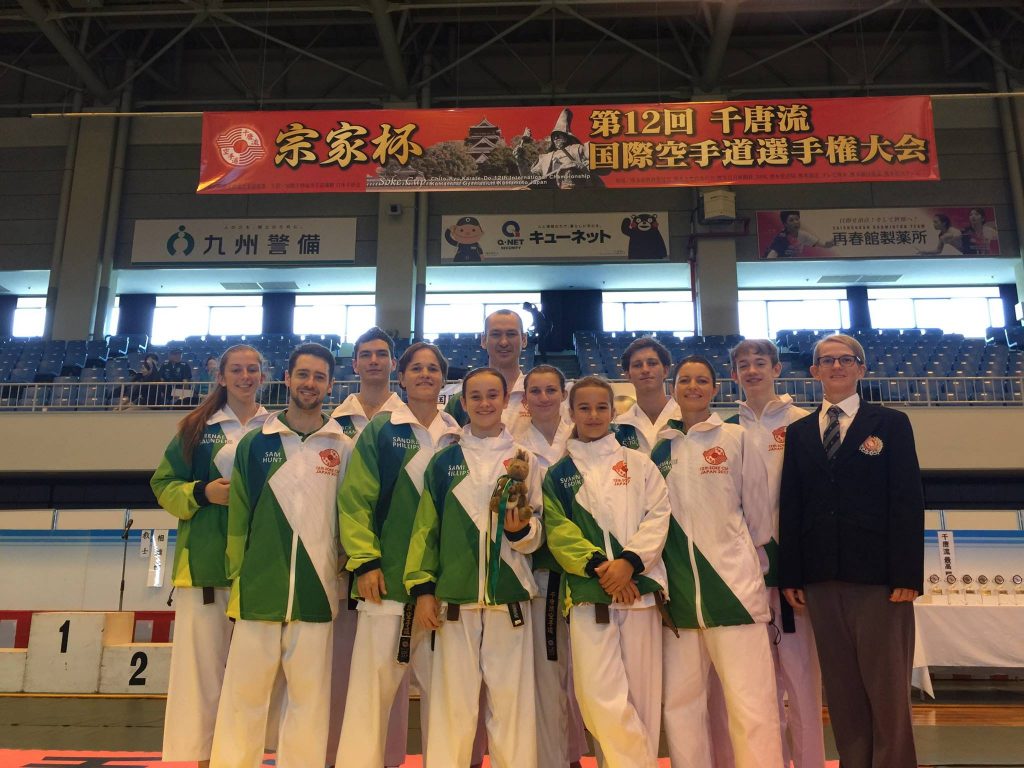 The Soke Cup is usually held every 3 years, but this year’s event was postponed a year due to the devastating earthquakes in Kumamoto, Japan, the host city.  As a result, competitor numbers from around the world were down a bit, but the competition was still fierce and there were still around 500 competitors.

This year our team travelled in stages.  The first group, Sensei Sandra, Klaudia Caston, Sam Hunt & Sami Phillips went 2 weeks before everyone else to train at the Sohonbu.  The weather was hot, the training was great, all in all, a great experience.  This year’s Japan training scholarship recipient, Klaudia documented her experiences on the association website, through a number of blog posts, worth reading if you haven’t already.

Sensei Helen joined the group half way through for training and the Soke Cup experience.  This year she didn’t compete, but refereed for the her first time at a Soke Cup. 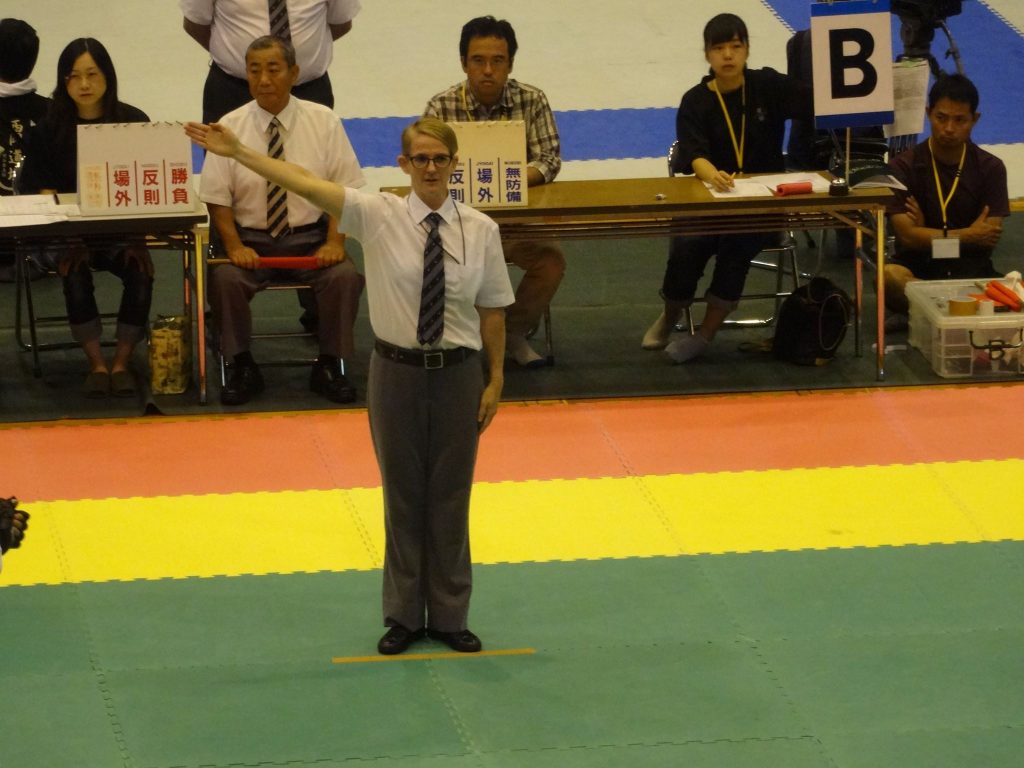 During the week immediately prior to the Soke Cup, the rest of the team travelled to Japan:  Sensei Martin, Rosemarie Caston, Keanu Caston, Jack Graham, Renae Saunders, Bailey Keefe & Savannah Perdikis, plus several family members who had come along to support the team.

After checking into the hotel, everyone who had just arrived in Kumamoto took a trip to the sohonbu dojo to catch up with the others who had just finished their final training session with Higuchi Sensei.  Thankfully the weather was starting to cool down a bit thanks to the Typhoon that had passed in the days before, but it was still well over 30 degrees.

After a brief catch up, it was time for a few special presentations, upstairs in the air conditioning.  Sam & Keanu had graded to shodan (black belt) earlier in the year at the QLD camp, but now it was time to receive their grading certificates and black belts.  Unfortunately, not the best photo, but still a special moment. 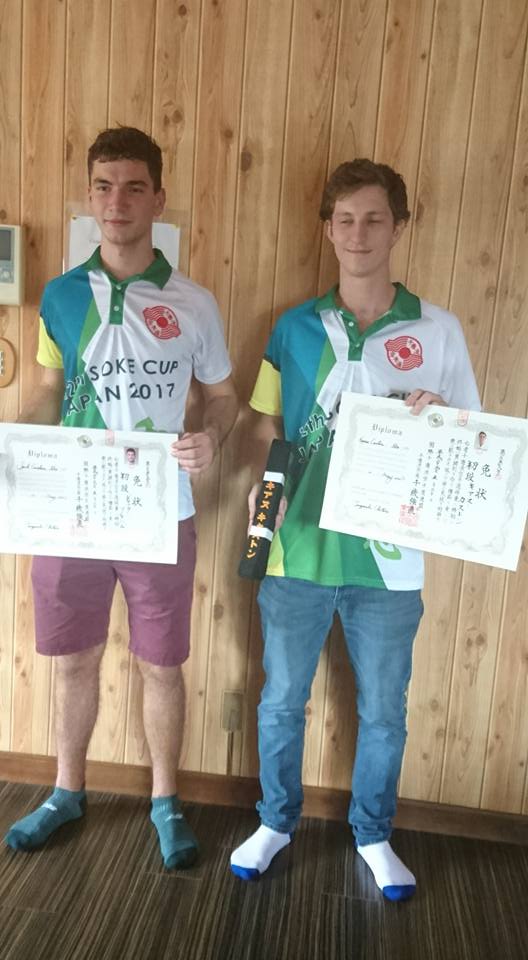 A last minute addition to the schedule, we arranged to join a full day tour of around 100 people:  Australians, Canadians, Norwegian, plus a few locals who lead the tour.  We visited Reigando, a famous cave in Kumamoto where Miyamoto Musashi lived for a year while he wrote the Book of Five Rings, while there, we stopped for lots of photos, watched a demonstration from the 21st Soke of Nitenichi-Ryu (Musashi’s unique double sword style), plus interviews for the local media.  We even made it into the local newspaper. 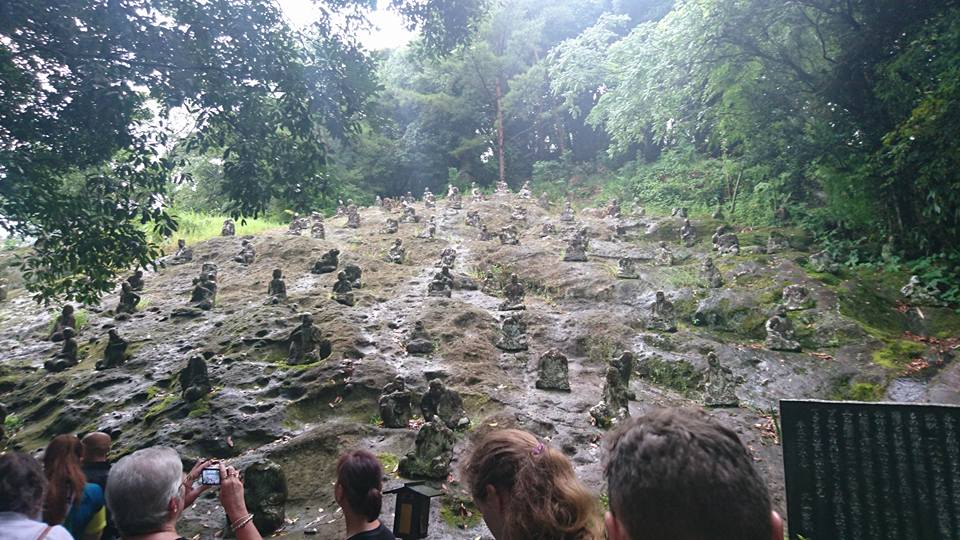 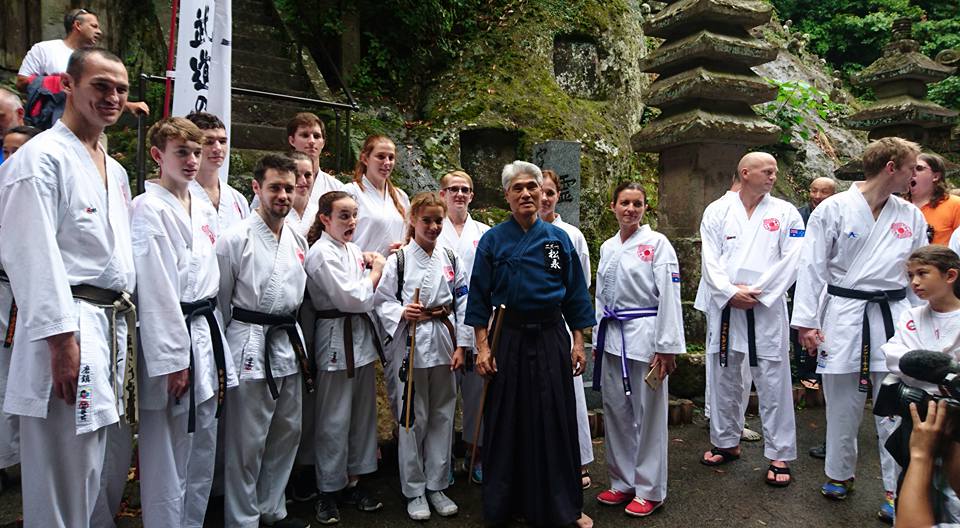 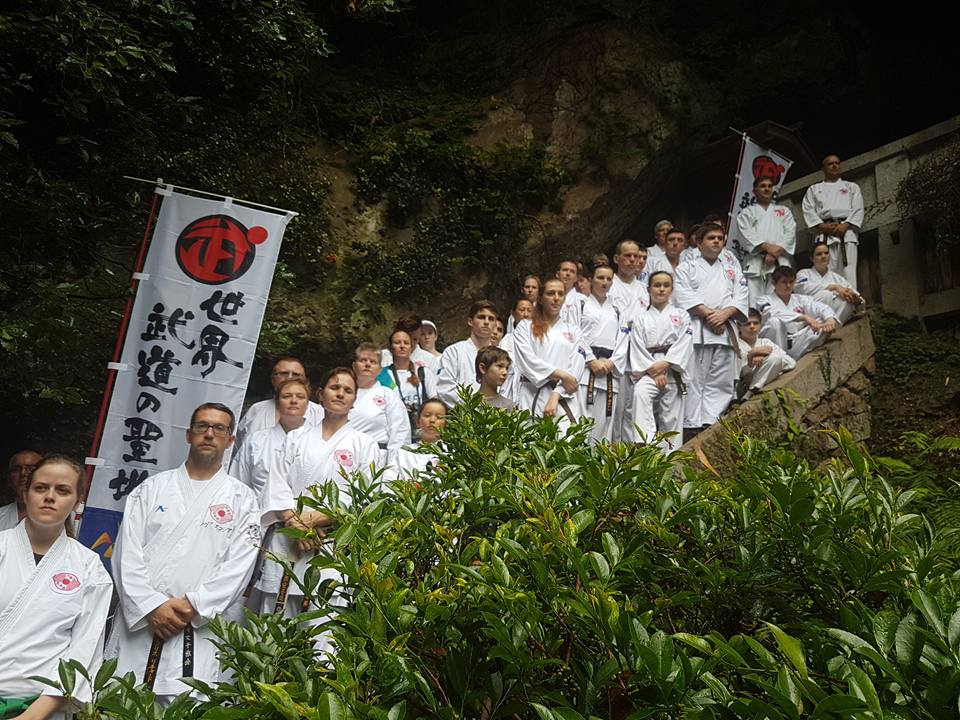 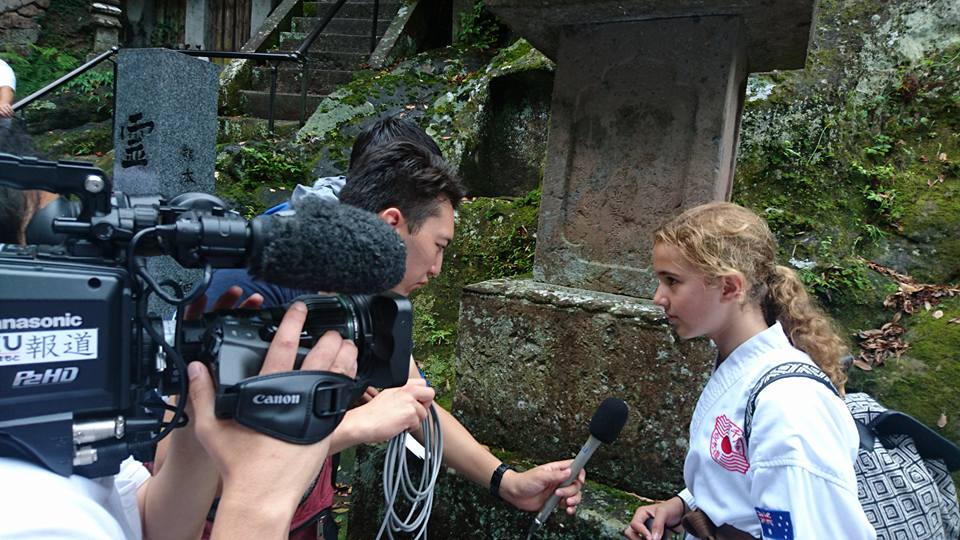 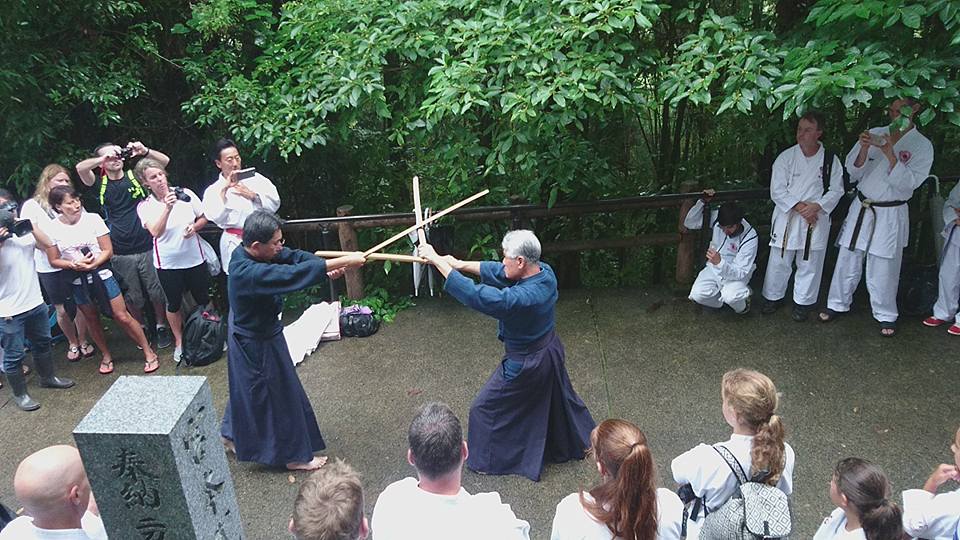 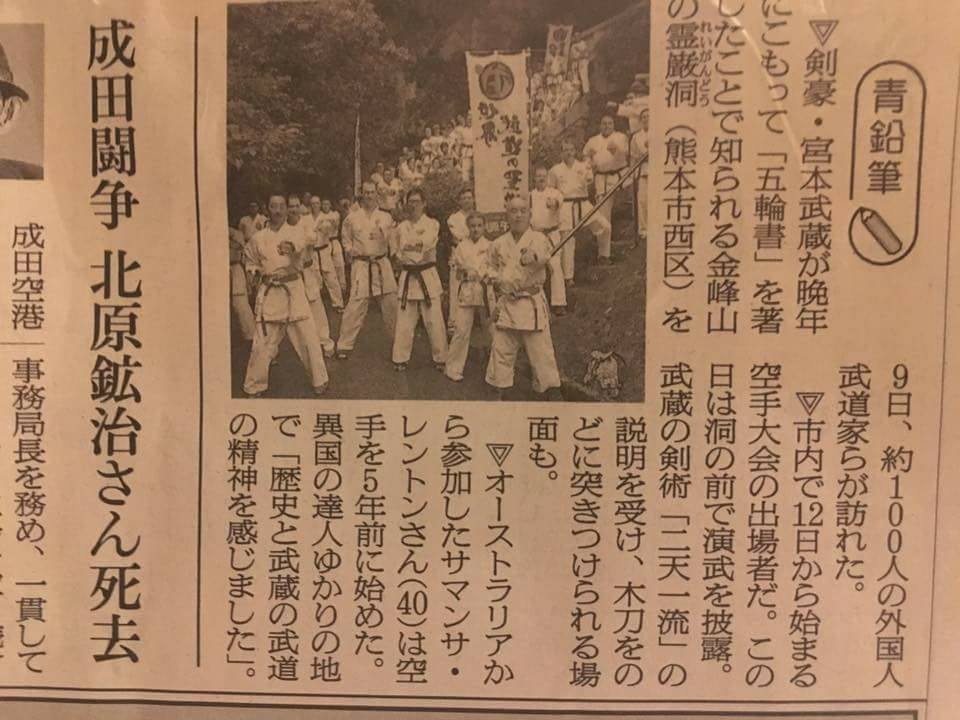 From reigando we travelled to the Aso region and visited Meihodo facility dedicated preserving the bushido spirit of Japan.  It is an amazing place, that is definitely worth visiting.  Tanaka Sensei, and old friend and senior Chito-Ryu teacher, organised the tour and also has been working at Meihodo since February this year.  While at Meihodo, we watched several demonstrations, toured the facilities and several people got to experience using a samurai sword… no pressure with everyone watching. 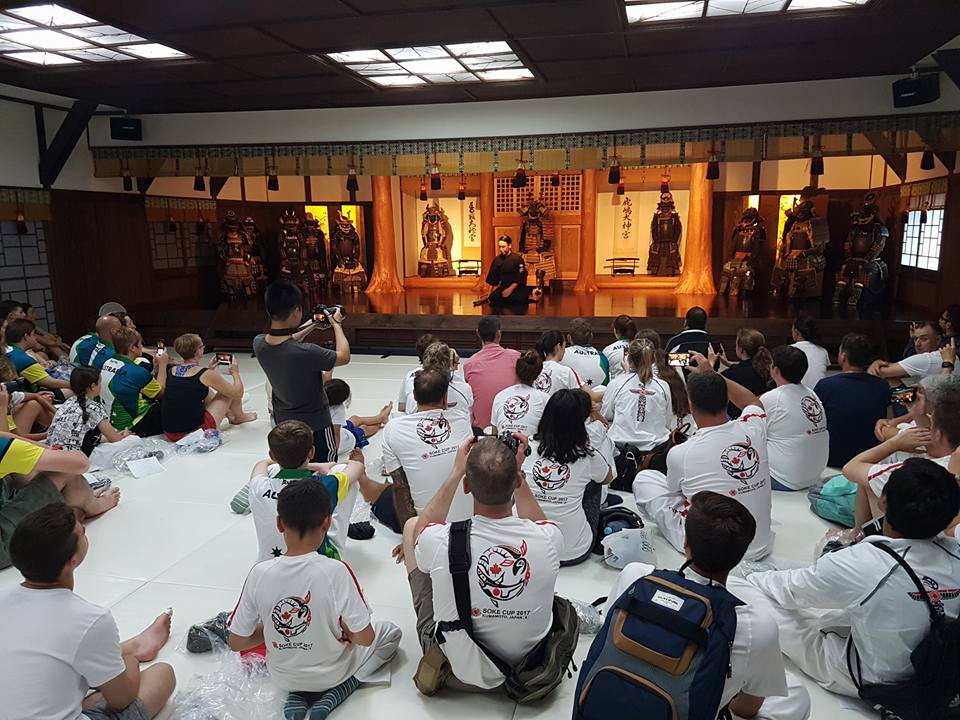 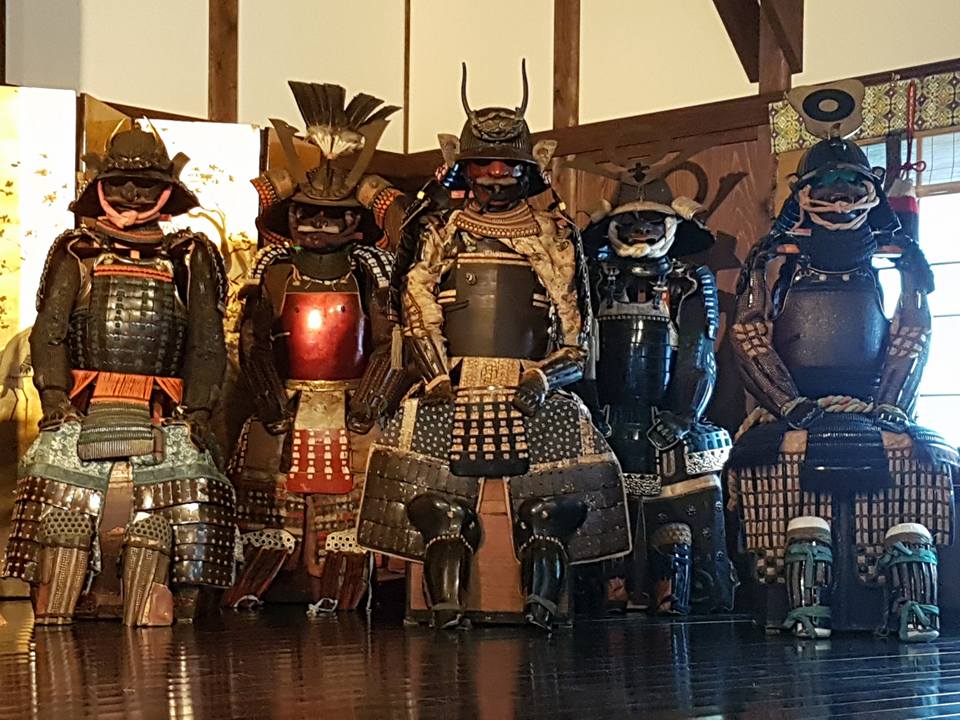 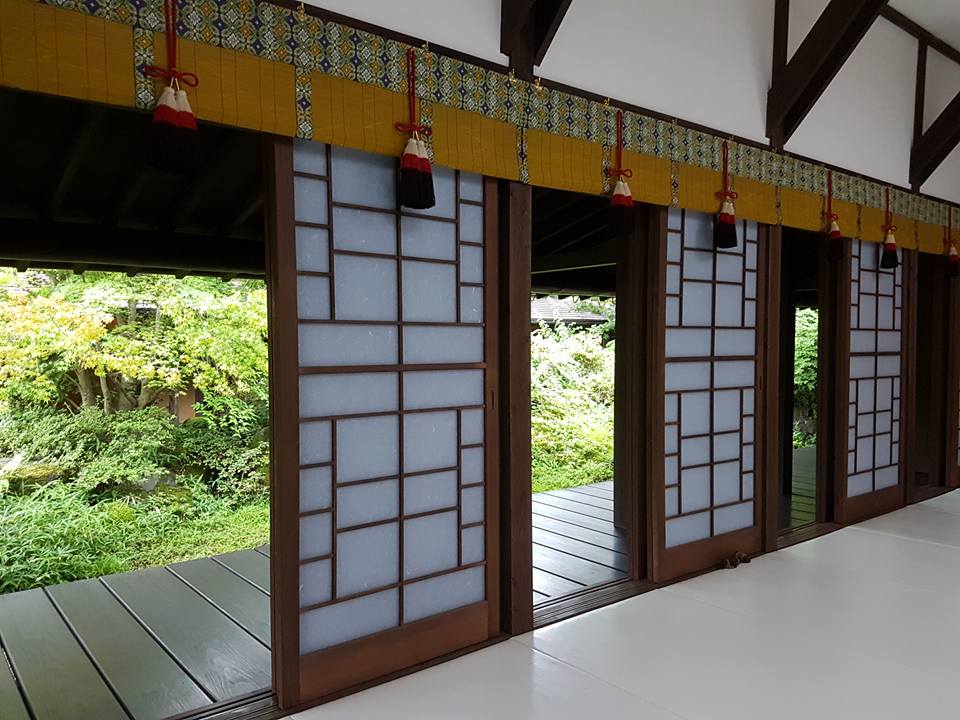 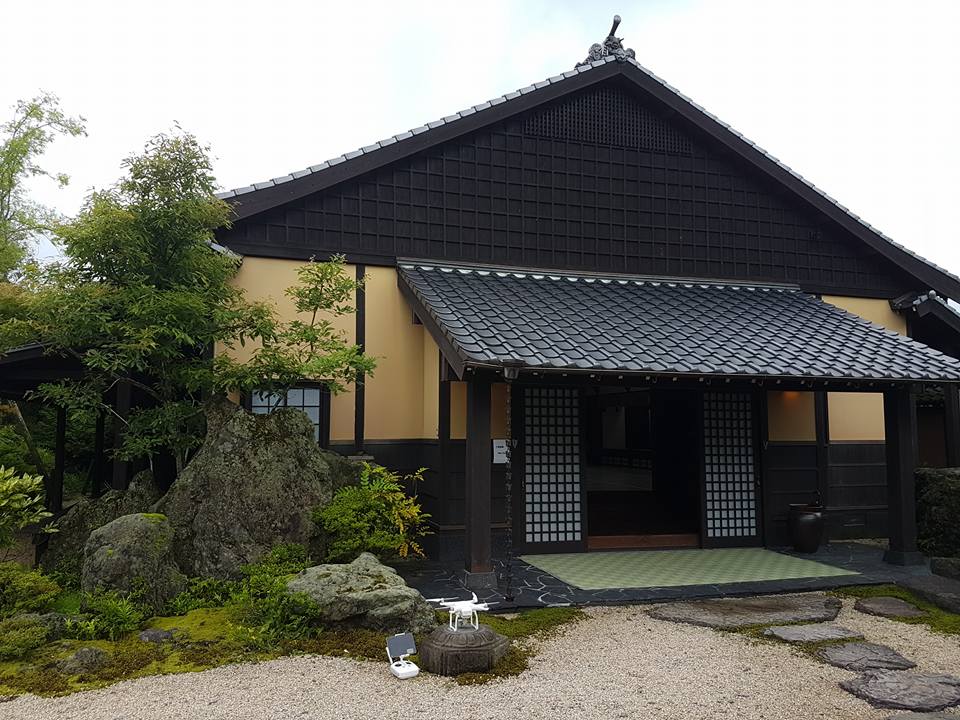 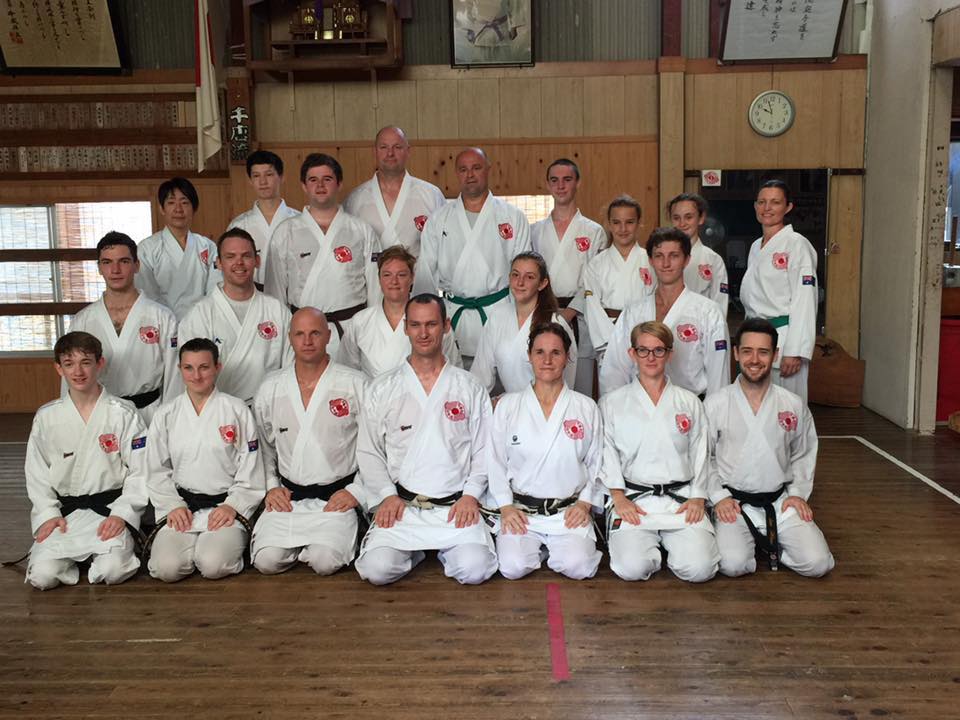 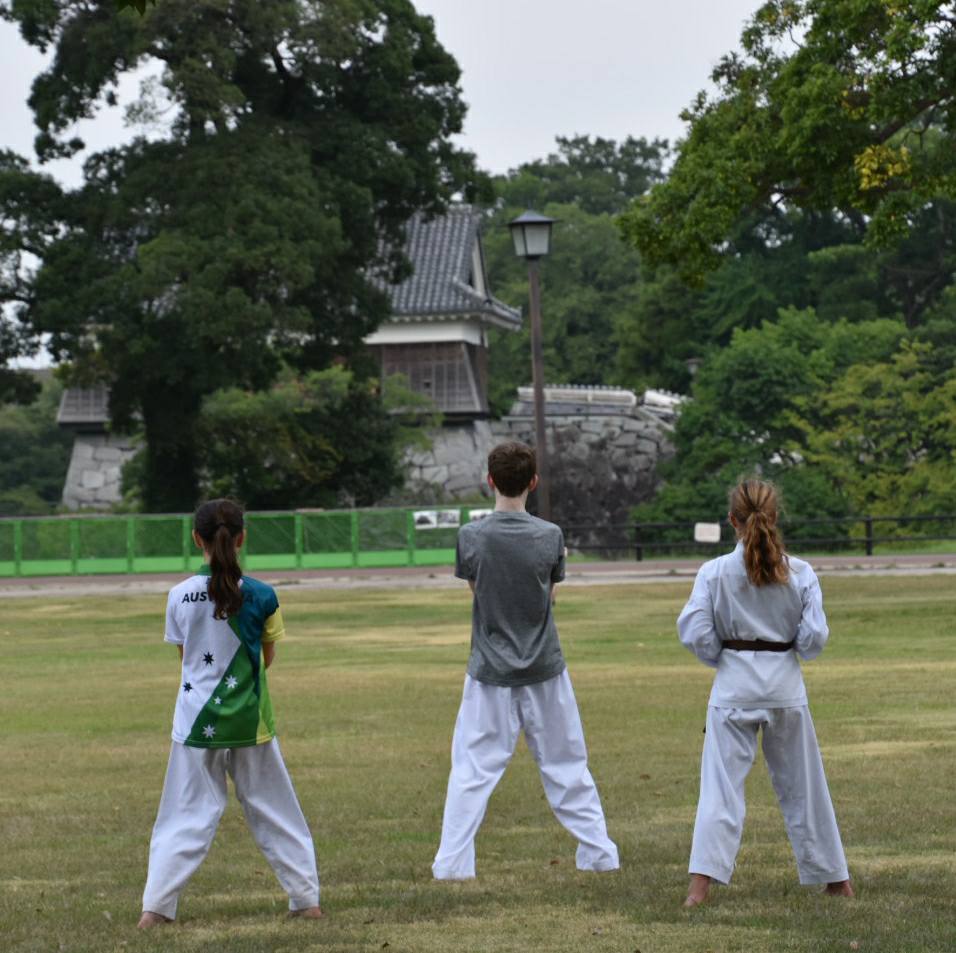 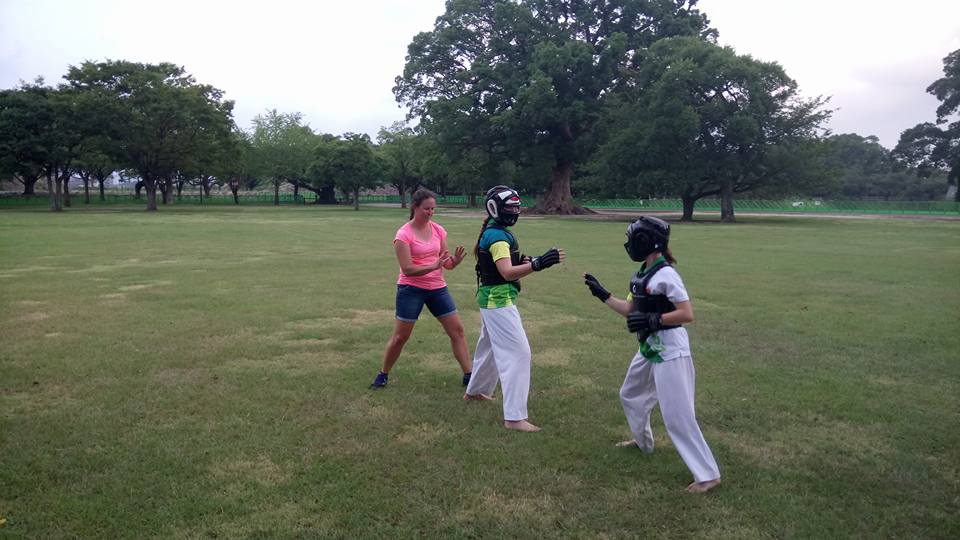 International meetings, referee training, team training at the tournament venue, weigh-ins, final preparations…  Unfortunately we had a few team members who had come down sick on this day and probably would have preferred spending the day in bed, not the best timing.

The tournament… there are so many photos & videos on our Facebook page, take a look if you haven’t seen them already. 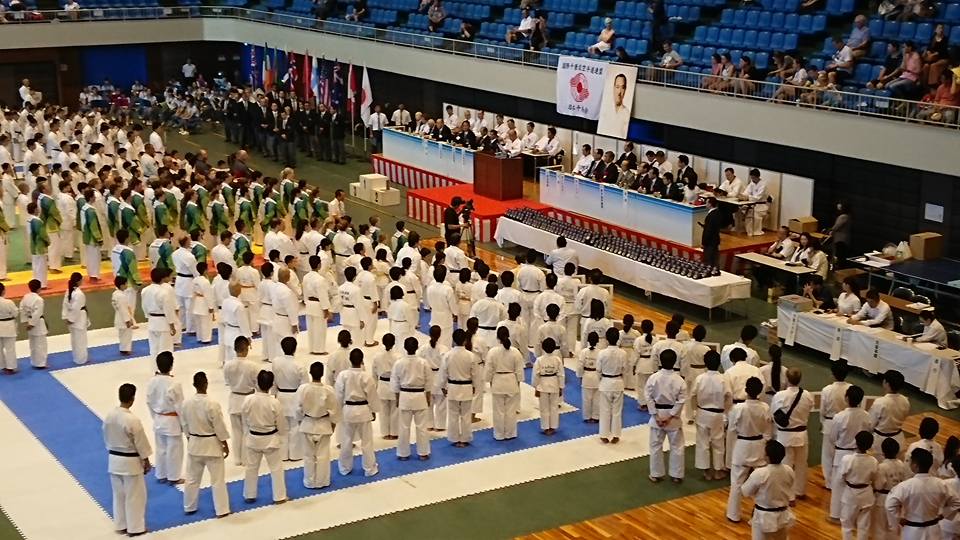 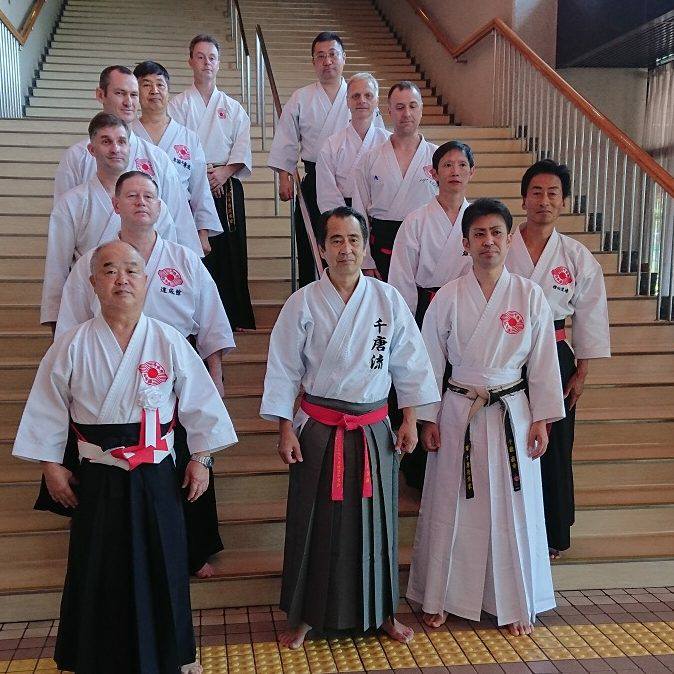 Sunday night after the completion of the tournament, it was time for the farewell party.  Time for everyone to let their hair down. 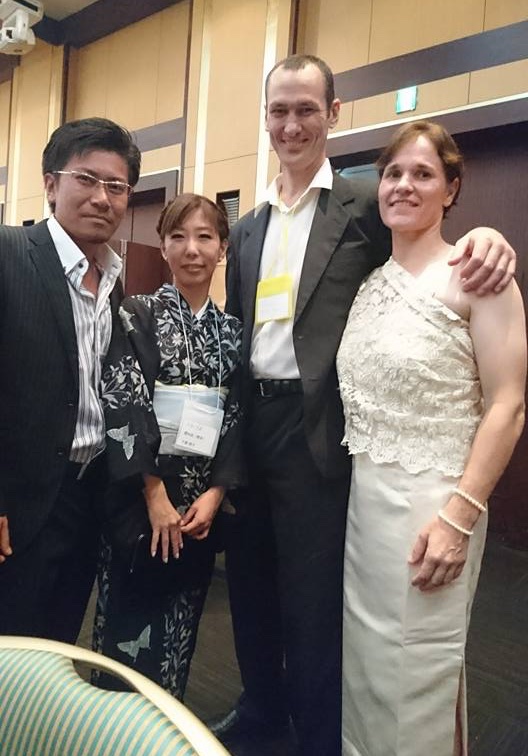 For most of our Sunshine Coast team, we enjoyed the day at the international training seminars with students from around the world: Australia, Canada, Hong Kong, Norway, Japan.  The morning session was kobudo with Higuchi Sensei, in the afternoon we had a seminar with Soke Sensei and Naoyuki Sensei.  As always, lots of great learning. 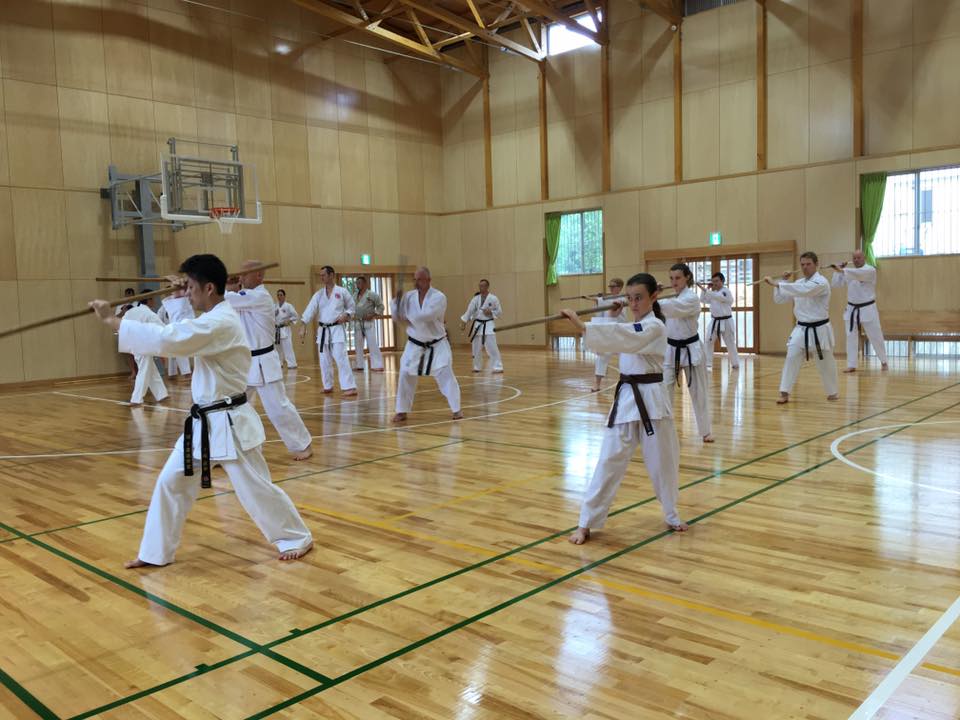 During the morning session, a number of people from around the world were sitting senior grading tests at the Sohonbu.  There was no one from the Sunshine Coast this time, but amongst those successful in passing to new levels were:  Noonan Sensei from Sydney, passing his 7th Dan, making him the highest ranked Chito-Ryu Karate-ka ever in Australia and one of only a handful of westerners ever to achieve this rank.  Also Adam McDonanald from the Blue Mountains was successful in grading to 3rd Dan. 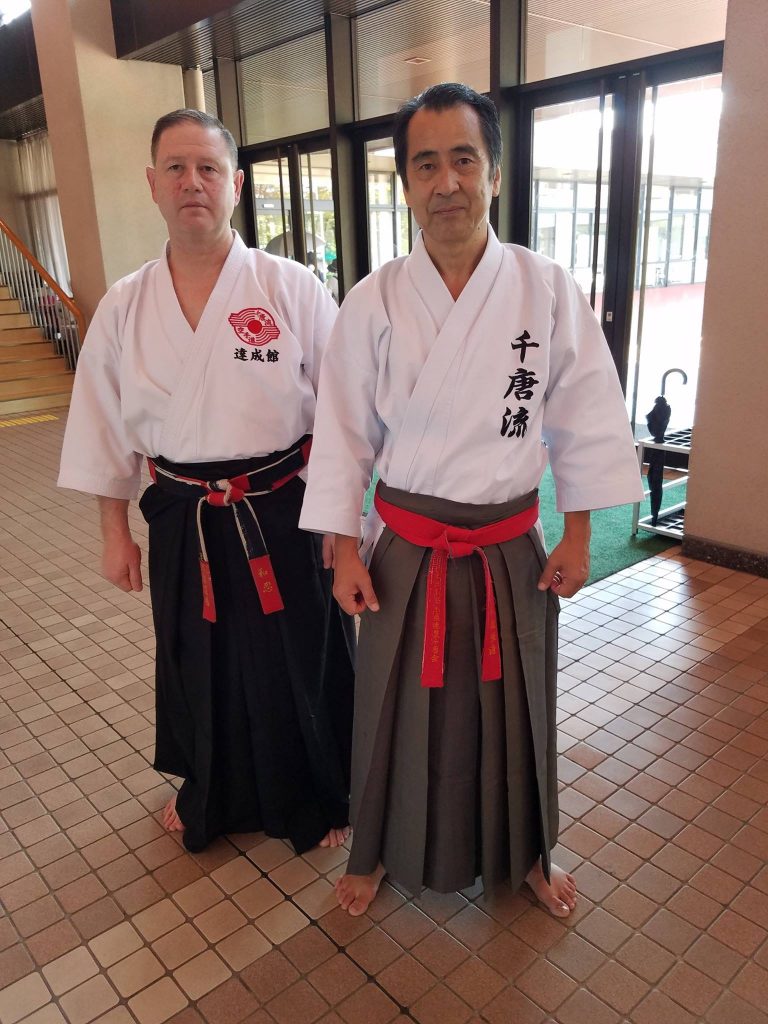 After a huge week for the Soke Cup, everyone headed home on Tuesday.

Now for those who attended this Soke Cup, I’m sure everyone is already making plans for the next one, which will be in 2 years time in Penticton, BC, Canada.  There is already a lot of excitement brewing and it’s sure to be a great event.  If you’ve got your eye on a place on the team, your training starts now.  Even if you’re an absolute beginner, you could be on the team.  It all starts by getting involved in the squad class, and the upcoming QLD state title in October would be a great start.

But hold on…. The results.  I haven’t shared the results yet.

I did say that the results of Sunshine Coast competitors was amazing.  That’s why we wanted to leave them until last… saving the best until last! 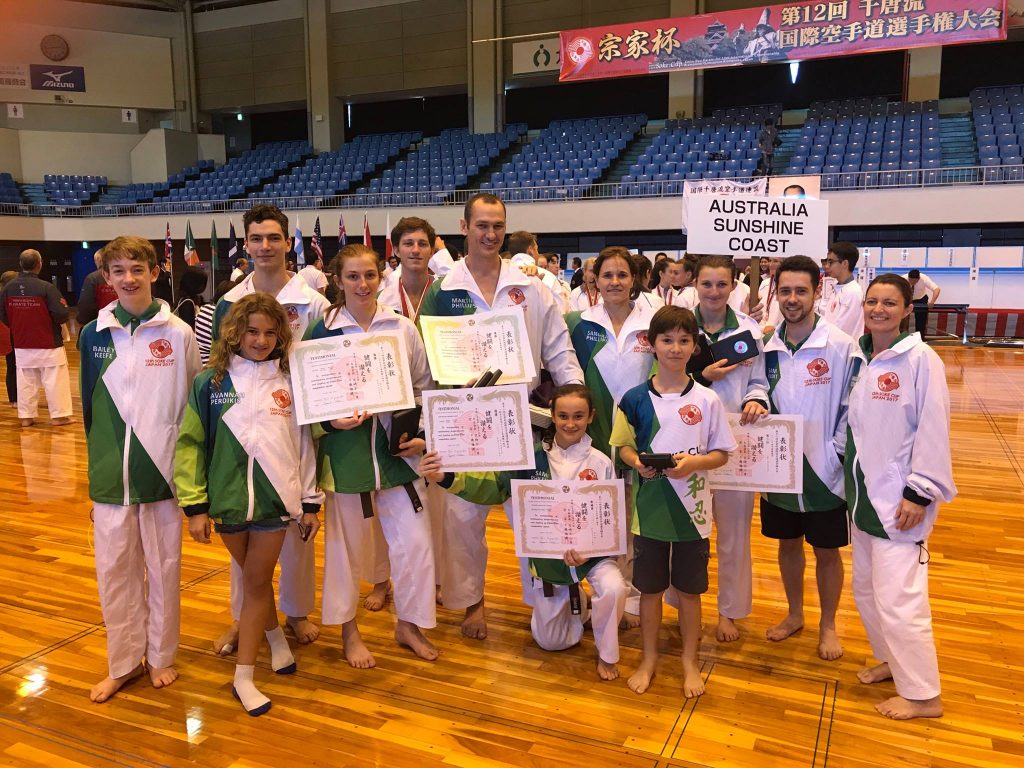 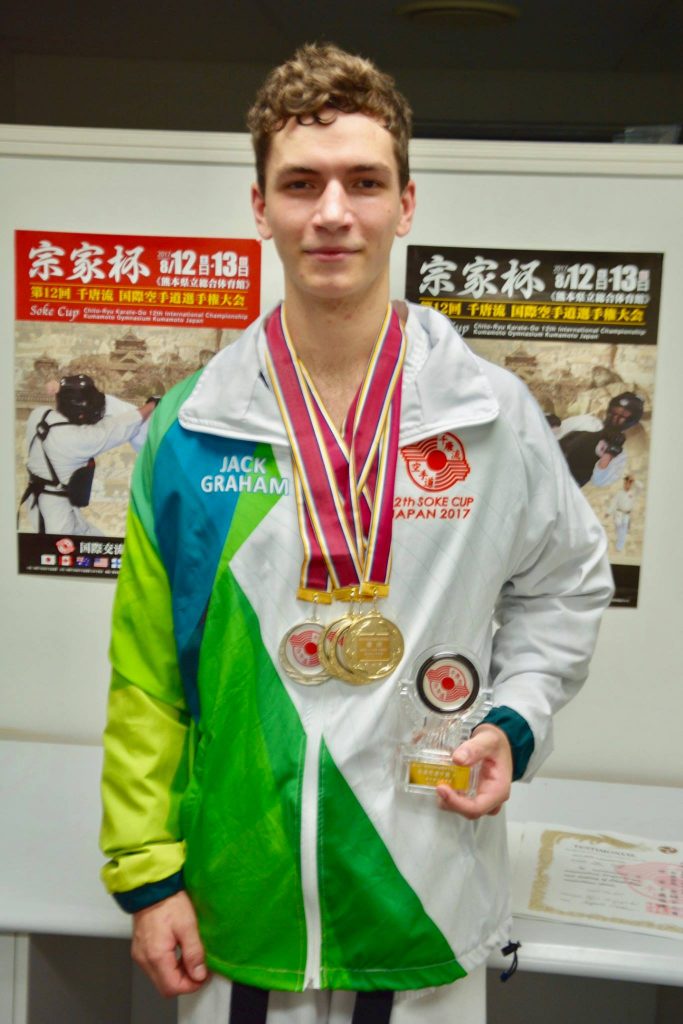 There you have it.  The 2017 Soke Cup from a Sunshine Coast perspective.  Now, the only question left.  Are you going to be on the team in 2 years time?