Over the last 2 weeks we’ve been running a few in-house tournament during Friday nights.  First up was the teens & adults, Friday, 19 February.  Followed by the Little Champions & Kids last Friday, 26 February.  The main aim for these in-house tournaments has been to get maximum experience under match conditions and also give those who are new to competition an opportunity to give it a try before our first major tournament of the year.

These tournaments were a little different than most other tournaments.  First of all, the prizes for the winners weren’t trophies or medals, but chocolates & lollies.  As part of their entry fee, all competitors brought in either chocolate or lollies to go into the prize pool for their division. 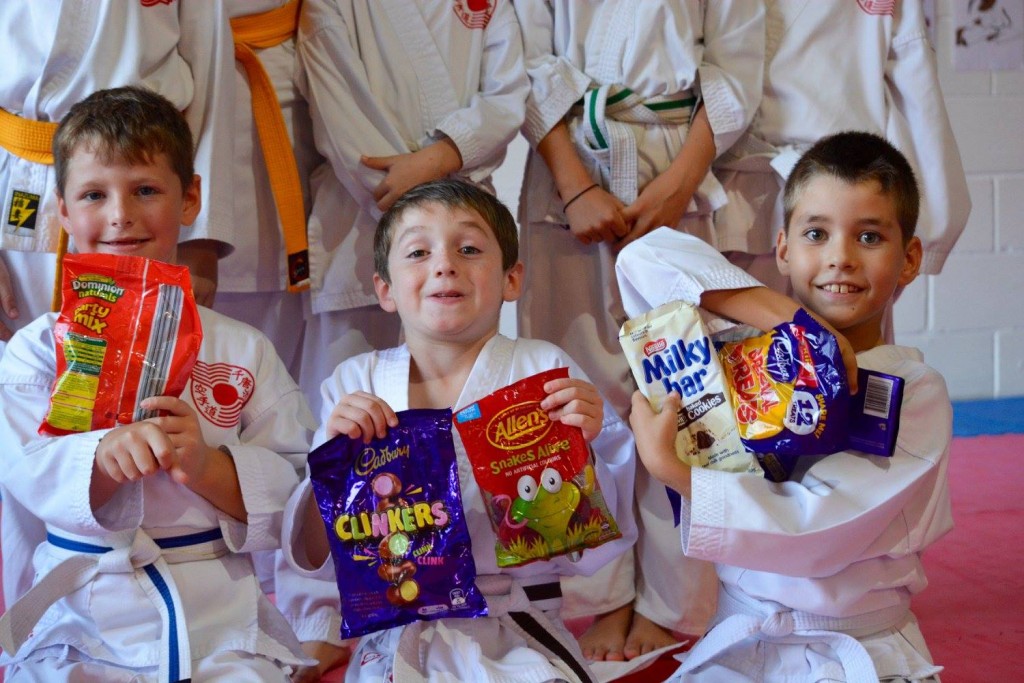 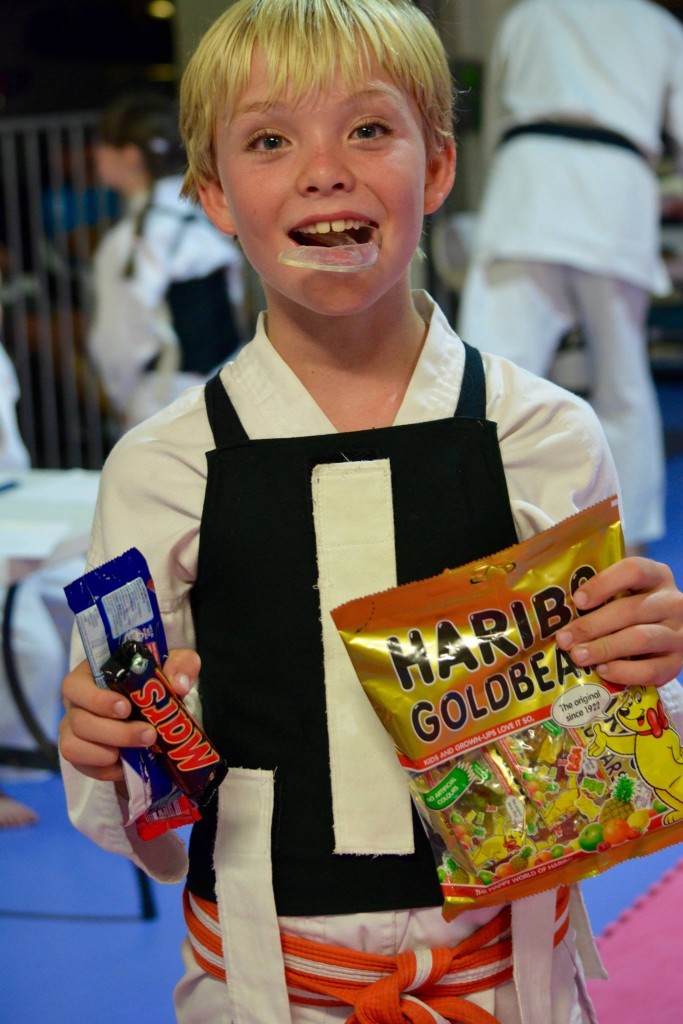 In a normal tournament kata competitors get up and perform individually and the judging panel each give the competitors a score and the highest total score is the winner.  If there are sufficient number of entries there may be up to 3 rounds, with some competitors being eliminated each round, leaving only the top 8 competitors in the final round, from which the winners are chosen based on their performances in that round. 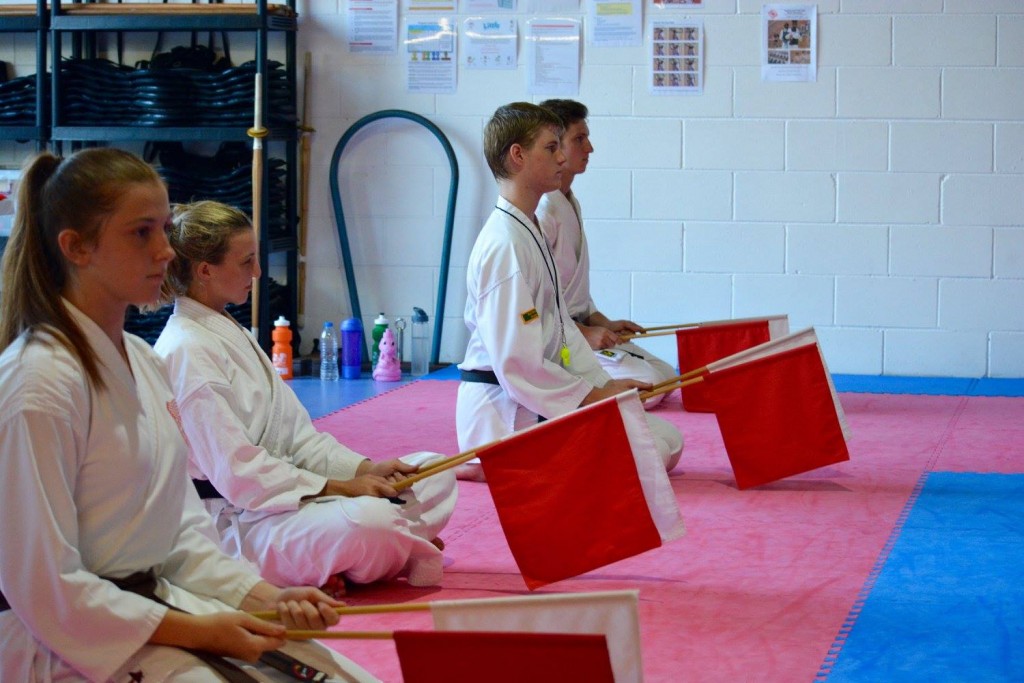 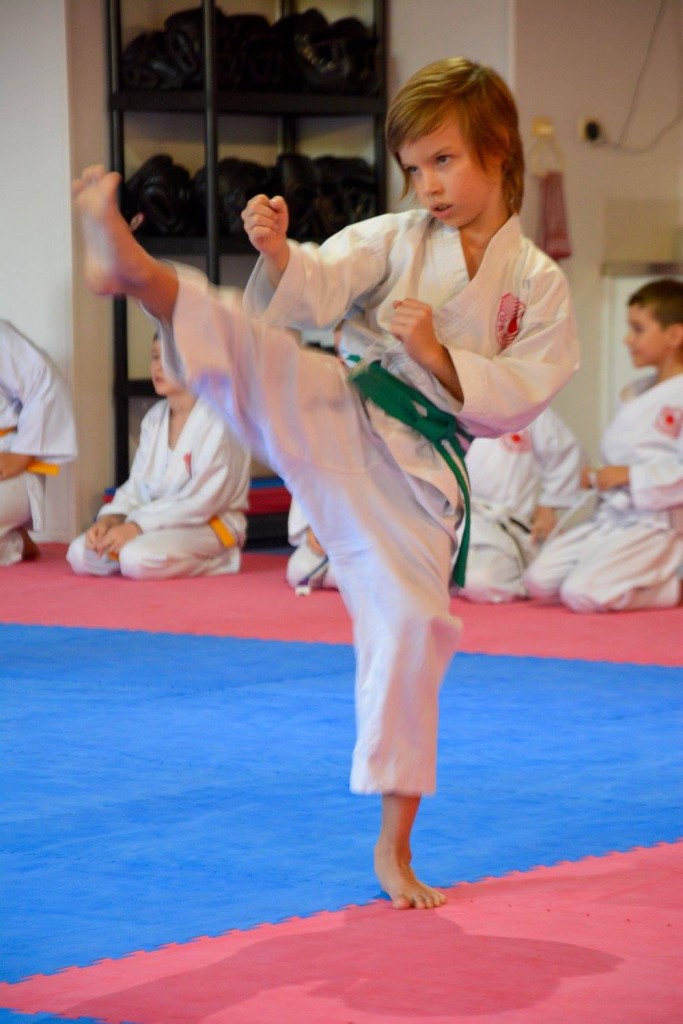 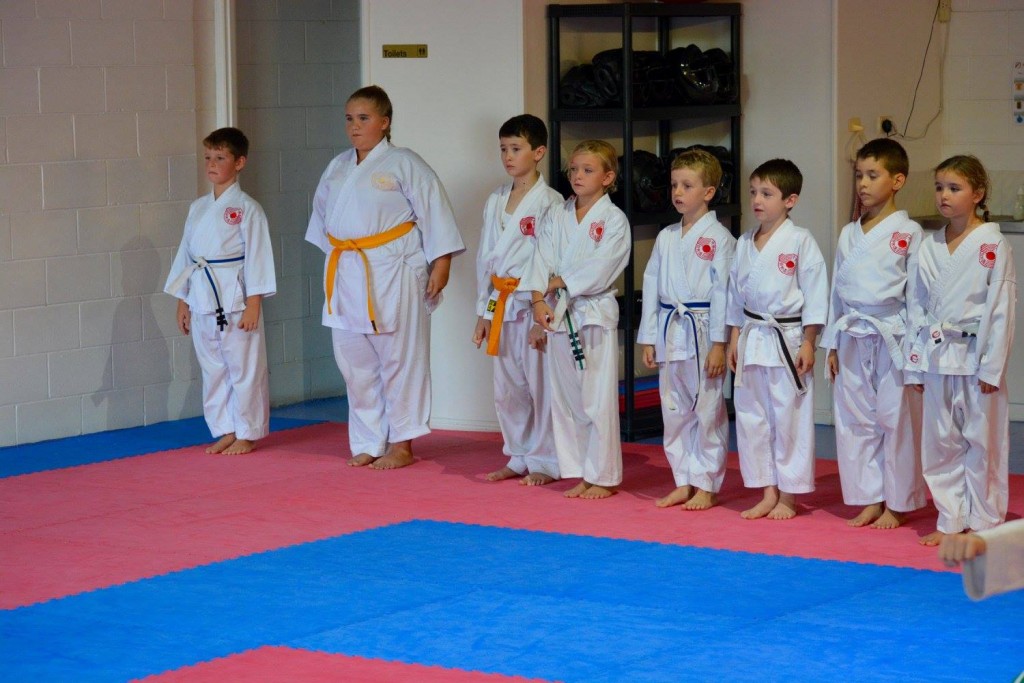 From an organisation point of view, the draws are a lot more confusing, but this format helped achieve the goals we set out to achieve.

For the kids, we also included Kumite Tag – which is a modified version of kumite for beginners.  Instead of actually punching and kicking opponents, competitors need to pull a tag off their opponents vest.  Correct form is still required, so it needs to look like a punch and correct posture is necessary.  For those who are new to kumite, it’s a great way to get started with competition.  These events were also used round robin or double elimination competition format. 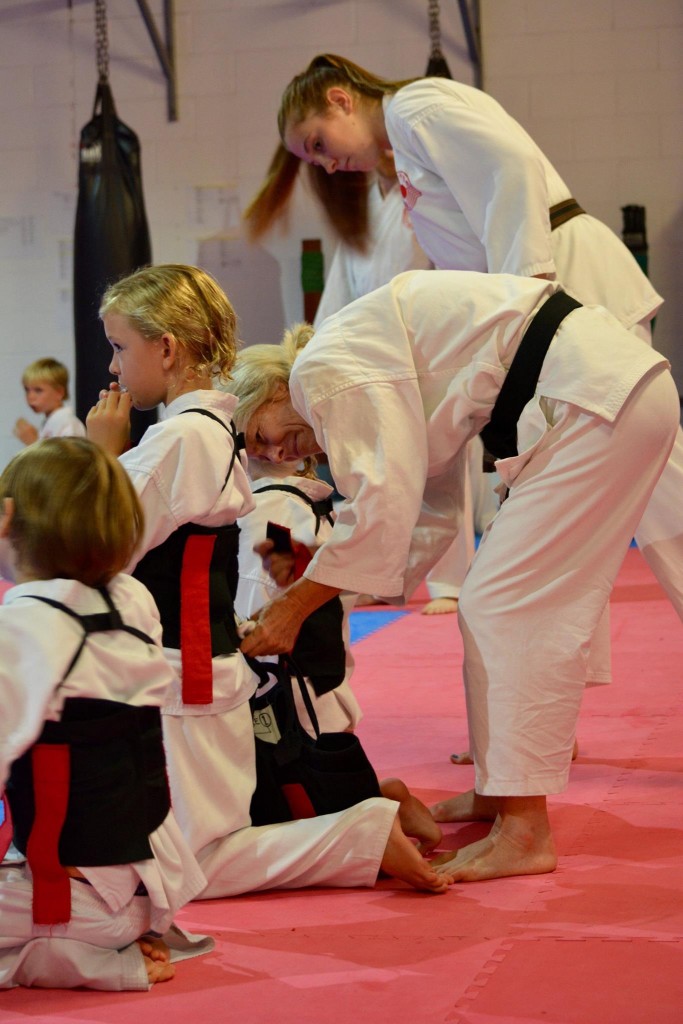 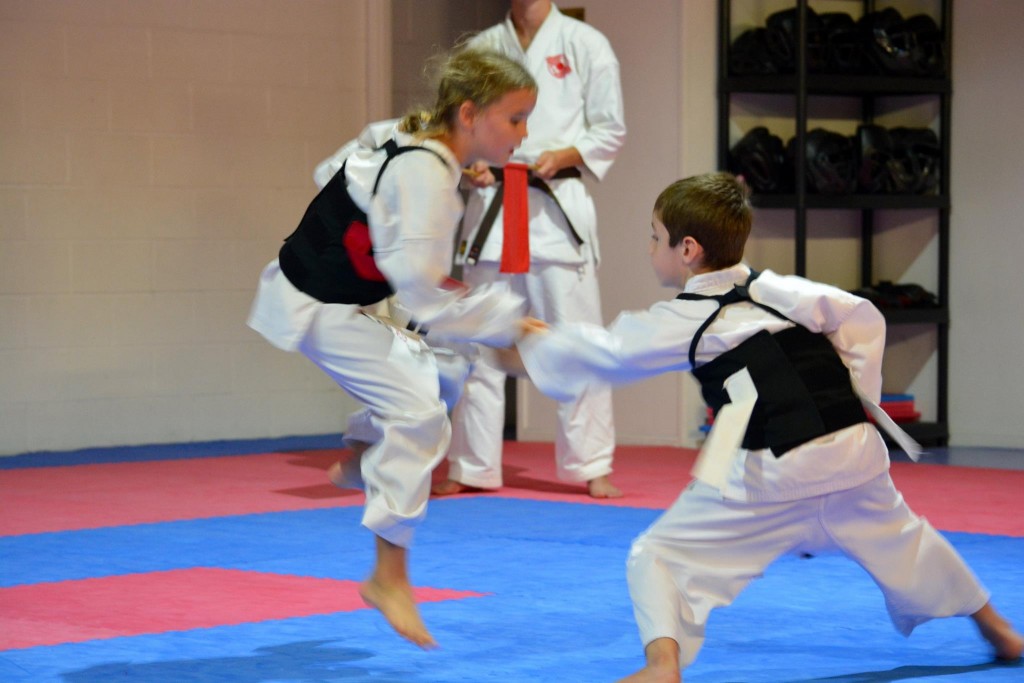 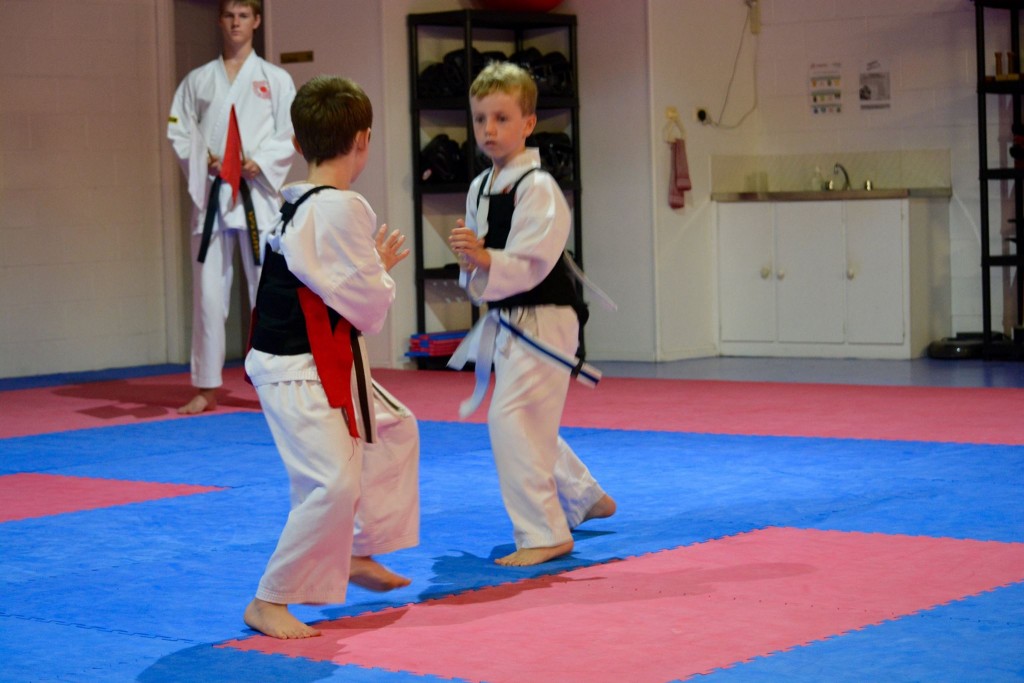 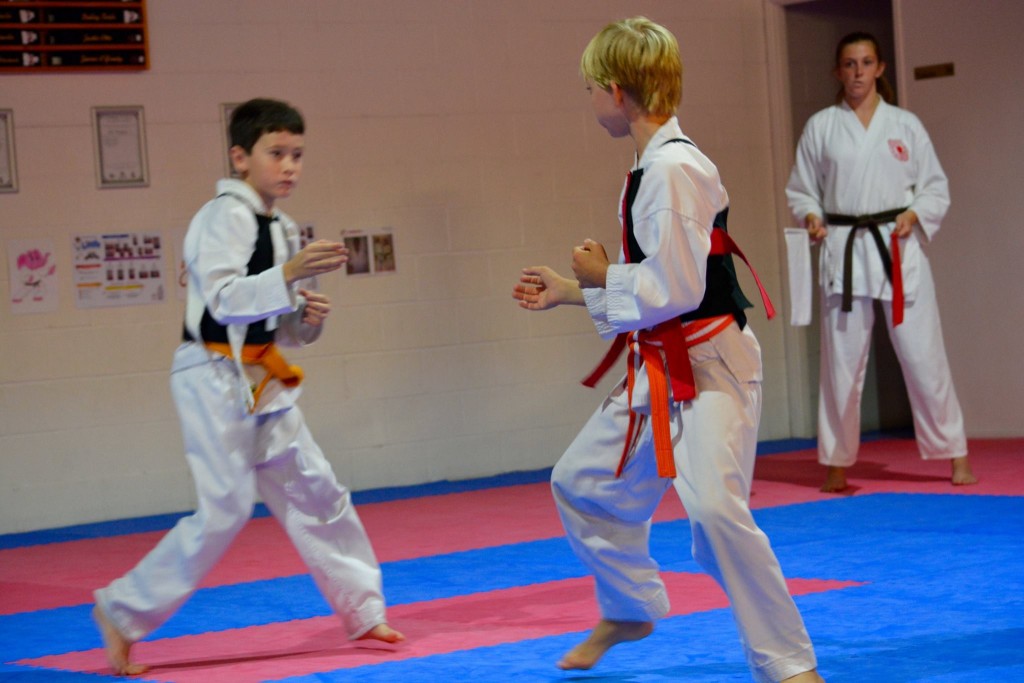 And then there was kumite.  Normally competition is single elimination, meaning if you lose you’re out of the competition (with the exception of semi-finals).  Again, we opted to run round-robin or double elimination draws to maximise match practice opportunities. 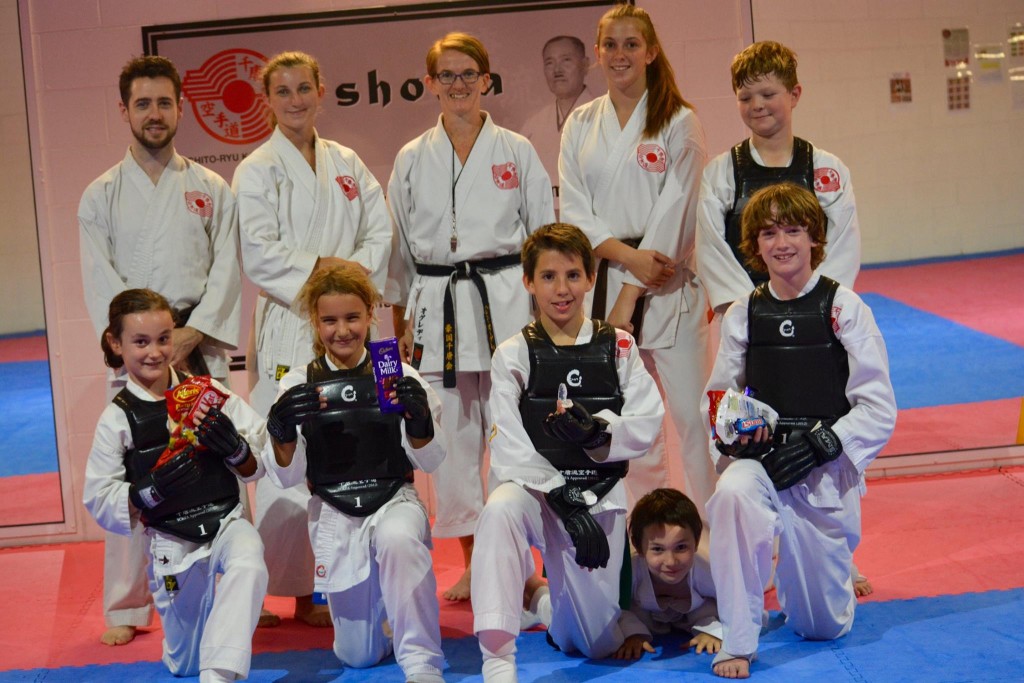 Although this was the first tournament for the year for everyone, it was great to see a good standard of competition across all divisions and lots of new competitors jumping in and having a go.

Also a big thank you to volunteers who helped as table officials and referees.  It was a good opportunity for some of our more inexperienced officials to get some practice.

From an organisation point of view, there were a few hiccups, but we’re thankful that everyone was patient and allowed us to work through the issues.  We were trying a lot of different things and not everything worked perfectly, but overall we think it was a good format and we’ve already got some more in-house tournaments planned for later in the year.

Now…. to the results.

Congratulations to all the winners.  As always keep working hard in the dojo and we look forward to seeing you at our first major regional tournament of the year coming up in just a few weeks.  Entry forms are now available at the dojo for the Sunshine Coast Tournament, coming up, Sunday 13th March.  Entries close this Friday (4th March). 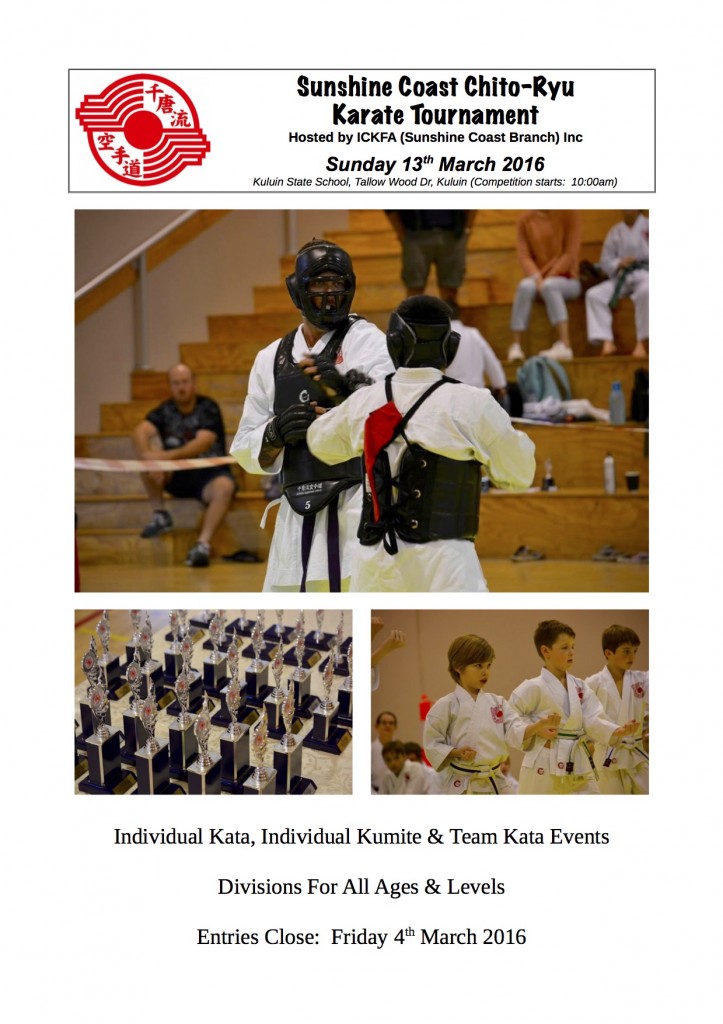