After several more hours wanderin around Singapore airport, 11 hours in total I made my way onto the next leg of the journey. I couldn’t get over the size of Singapore airport. It was my first time there, and although I have done a bit of travelling over the year’s, I haven’t been to an airport so huge. There are 3 terminals in total and each one has it’s own shopping complex of duty free. I spent the first 5-6 hours in just one terminal and I stood in the middle of the shopping complex and looked both ways with shops as far as the eye could see in either direction. When my flight details finally came up and I found out which terminal my next leg was due to depart from, I jumped on the sky train to the next terminal that was just as big, but this one also had a free movie theatre that runs 24 hours a day in addition to everything else. I didn’t actually venture to the other terminal. Maybe on the way home, as I have another long stop over.

When I did eventually get onto the plane it was 1am and I was absoultely wiped out as I still hadn’t slept.Â  After boarding, I filled out all of the paperwork ready for imigrations and customs in Fukuoka.Â  Someone was looking out for me, because I got a great seat rigght up the front of the section which is normally reserved for parents with infants, but there didn’t seem to be any little ones on the plane so I got to stretch out my legs and sleep….Â  Somehow, I managed to wake up just in time for breakfast and then the decent into Fukuoka airport.Â  Just what I needed.

After clearing customs I went to the info counter and found that I had an hour to wait before my bus ride to Kumamoto.Â  Being prepared I thought I’d try to withdraw a bit of cash from an ATM as I only carried a little bit of cash with me.Â  That was a bit of a frustrating experience as most ATMs don’t allow withdrawals from foreign accounts.Â  I’ll check out one at the main train station tomorrow that I have used before.Â  The bus ride was about 2 hours, very relaxing, and time went quickly.Â  The thing that amazes me is that there is more leg room on the bus then there was on the flight from Brisbane to Singapore.

Once I got into the bus terminal I jumped into a taxi to the hotel.Â  It is about 10 minutes walk, but I didn’t really want to do it with all my luggage after about 30 hours in transit.Â  I got to the hotel around 11.20am and as I walked in the front door, there were the Aussies ready to head to the Sohonbu for training, Mark Snow Sensei, Shane Ker Sensei, Craig Cox Sensei and Adam McDonald.Â  They had arranged to meet Noonan Sensei for lunch, followed by a training session with Soke Sensei.Â  I quickly dropped off my bags and joined them as we all started walking towards the tram that took us to downtown Kumamoto, where we had lunch.

For me, one of the best things about Japan is the food, I love Japanese food.Â  But, they had arranged to meet at Mos Burger, which is more or less the Japanese equivilent of Hungry Jacks….Â  Not really what I was hoping for, but it was an experience no the less.

From the downtown, we walked the rest of the way to the sohonbu dojo, about 40 minutes walk.Â  That was just what I needed after sitting down for so long, on the planes at the airports and on the bus.

As we walked in the front doors of the dojo we were greeted by Tanaka Sensei and Soke Sensei.Â  I think they were a little surprised to see me there.Â  Alhtoughh they both knew that I was coming to Japan, they didn’t know axactly when they wer going to see me.

Training was great, we all got to stretch out our bodies and too it slowly.Â  Everyone else had done morning training earlier that morning and were a bit stiff and sore.Â  I was just tired and stiff, but that soon went.Â  We all kind of did our own thing, but one by one, we had the chance to peform some of our grading kata for Soke Sensei who gave us all some last minute advice before the gradings on Saturday.Â  It’s always such a humbling experience to have Soke Sensei give you feedback, becuase not matter how much you think you have grown he gives you a list of things to continue working on.Â  He knows that there is virtually no way possible to perfect everything that he has given us to work on in just the next few days, it might be more like part of the 2-5 year plan for some of us.Â  But the feedback was very welcome none the less.Â  After all, it’s not everyday that you get to have a private lesson with Soke Sensei, which is more or less what it ended up being for each of us, one by one.

Unchiyama Sensei the head instructor of Chito-Ryu in the United States also joined us in the dojo and he was a welcome training partner for Nage no Kata for both mark Snow Sensei and myself.Â  While Uchiyama Sensei was getting some feedback from Soke Sensei,Â  Snow Sensei and I continued to train with Nage no Kata, with a few very good breakthroughs for both of us.Â  It was quite a relaxed and informal training session, but it was very good, just what I needed.Â  After training, we also met Tamaki Sensei, who is president of Japan Chito-Kai, the national association which governs Chito-Ryu in Japan.Â  Tamaki Sensei is Keiichiro Oda Sensei’s teacher.Â  Keiichiro Sensei stayed with us on the Sunshine Coast to help teach for 3 months when our daughter Sam was first born.Â  I’m sure we’ll catch up with him over the next few days.

After training we walked back downtown for a very relaxing onsen.Â  Onsen are public bathÂ  houses that are fed by natural hot springs.Â  I love going to onsen, they are everywhere around Japan.Â  Although I am kind of used the idea of stripping off and going for a public bath now, it did take a bit of getting used to.Â  This is the first time that I have been to this particular onsen, it’s on the 11th floor of a building in the middle of Kumamoto.Â  While we were having a bath with our friends and a few other localsÂ  that were also enjoyin the onsen, we were looking out over Kumamoto, including Kumamoto Castle and Mount Kimpo, behind which lies Reigando, the cave in which Miyamoto Musashi lived while he wrote the famous “Book of Five Rings”.Â  We all relaxed into the hot water as the sun set over the mountains.

Eventually we decided to make our way back to the hotel, where I finally checked in and quickly got ready for dinner.Â  Tonight’s dinner was better than Mos Burger, instead, we had yakiniku.Â  Basically, we sat around a table with a small gas BBQ in the middle, and they brought us out plates of beef, pork, chicken, seafood and vegetables, which we cooked ourselves on the grill.Â  Now that’s more like it!

And then a walk back to the hotel where I am now.

I was going to keep this brief as I have to get up at 5.30am tomorrow for morning training, but once I started writing I couldn’t stop.Â  I’ll be back for more of my adventure tomorrow… hopefully with some pictures.Â  Unfortunatley, my battery ran out today on my phone/camera. 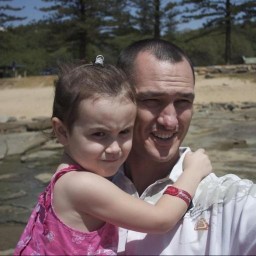