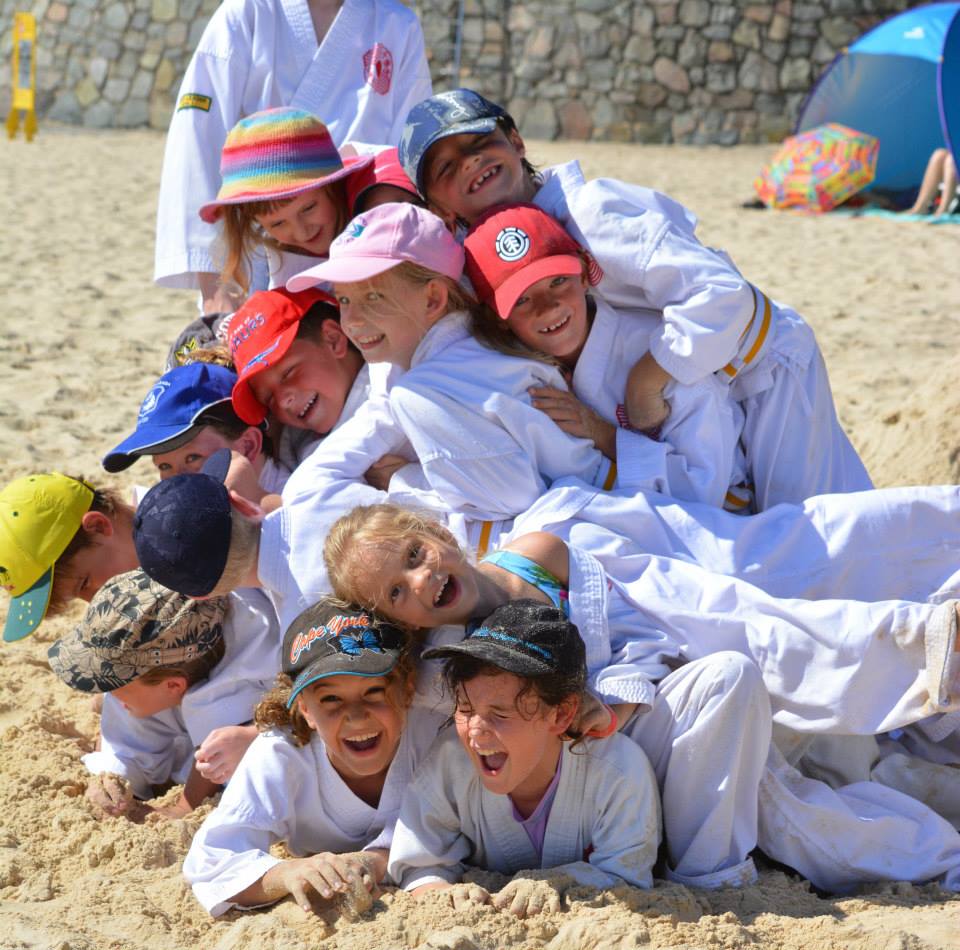 To help us celebrate 15 years of Karate on the Sunshine Coast we’ll be hosting three beach training sessions in the month of June and you are all invited.

For additional details for all beach training sessions, please refer to the Beach Training Handout on dojo noticeboards.

Below is an article written my Sunshine Coast Karate student Matt Stevenson (Shodan – 1st Degree Black Belt) and his experiences of beach training in the early years. 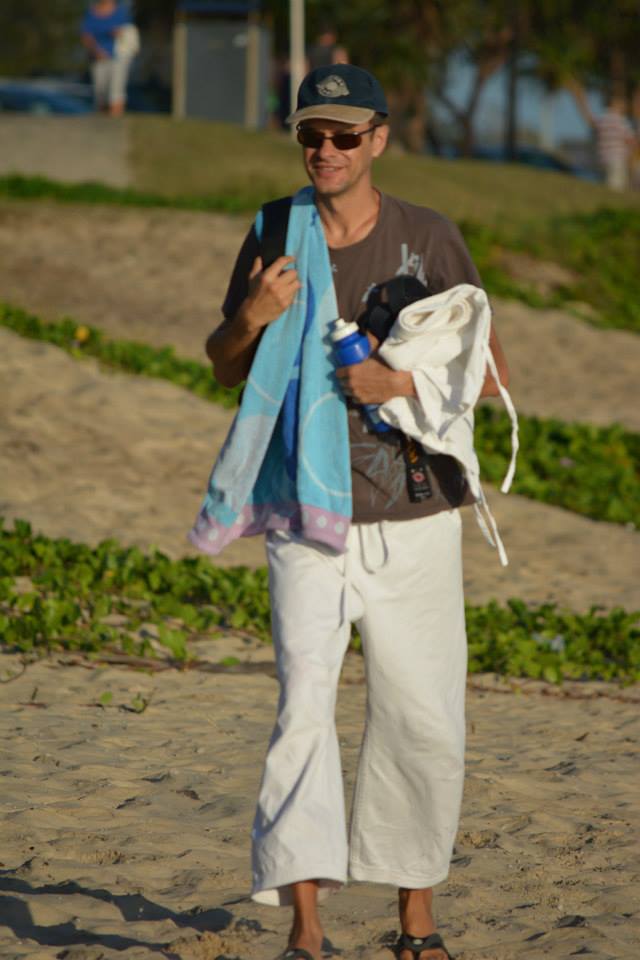 Beach training in the early years

Now that the 15th year celebrations are underway for Sunshine Coast Chito-Ryu Karate-do, it brings me great pleasure to reflect back on the early days of the dojo being formed and the special beach training sessions that were part of this.

When Sensei Martin and Sensei Sandra first started teaching karate on the Sunshine Coast they had just moved up from Newcastle where they had both grown up.  They were both very young (early 20’s) but had already achieved so much in Chito-Ryu karate and were genuinely mature beyond their years.

They had very little money or possessions but had an incredible determination to build up a dojo.  At first they opened up classes around the coast: Millwell Road Community Centre in Maroochydore; the Scout Hall at Bli Bli, the tennis centre at Kawana and even (briefly) at the council building in Nambour.

To make ends meet they had various jobs outside of karate and lived in a tiny flat in a scary part of Maroochydore and also drove a tiny (but not so scary) car.  From memory, Sensei Martin drove trucks to hand deliver bottled water to offices and even did some security work, Sensei Sandra picked mushrooms.  I think Sensei Martin only owned one pair of shoes, mind you probably by choice I’d say!

There were only a few students initially, hard to imagine now.  We were all spoilt because we often had both of them teaching us.  Their training methods were sometimes a little full on back then, like one of my first few lessons where Sensei Martin was crouching over me in shikodachi and punching my stomach while I was doing crunches / sit-ups and Sensei Sandra was counting enthusiastically to 30 or 40 in Japanese!

In those early days there weren’t too many formal classes so Senseis would often arrange to meet at the beach (or parks) to train outside of class.  I guess they wanted and probably needed to throw as much at their first students as they possibly could. 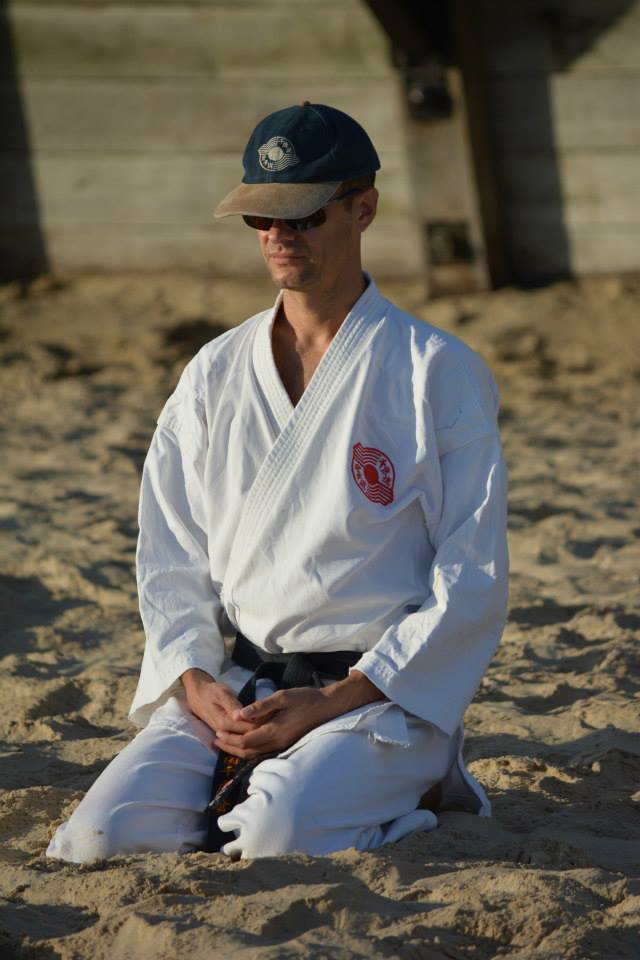 This was back when seiza was slightly uncomfortable for me and I was still getting used to this form of very ‘different’ but extremely rich and interesting form of karate (having studied other martial arts prior).  We would get to the beach in the dark of the morning even in the middle of winter and sit in seiza in the cold sand for half an hour before training.  Gradually this became more relaxing the more you did it, fast forward more than a decade and I’m disappointed if it’s a short seiza.  I think seiza is best in sand because it molds to your feet and you can really drop your weight.

The main thing I remember is the silence (literally) as Senseis trained.  It wasn’t a ‘class/lesson’ as such, it was mostly your time to train while they trained.  Sometimes we would practice bunkai together but mostly we were making tracks in the sand (quite literally!) while the sun was rising.

The beach training took us to interesting places, some you wouldn’t normally go to, like the beach near the Boat Shed at Cotton Tree for instance.  More often than not it was near the Loo With a View at Mooloolaba, a tradition that still continues to this day. 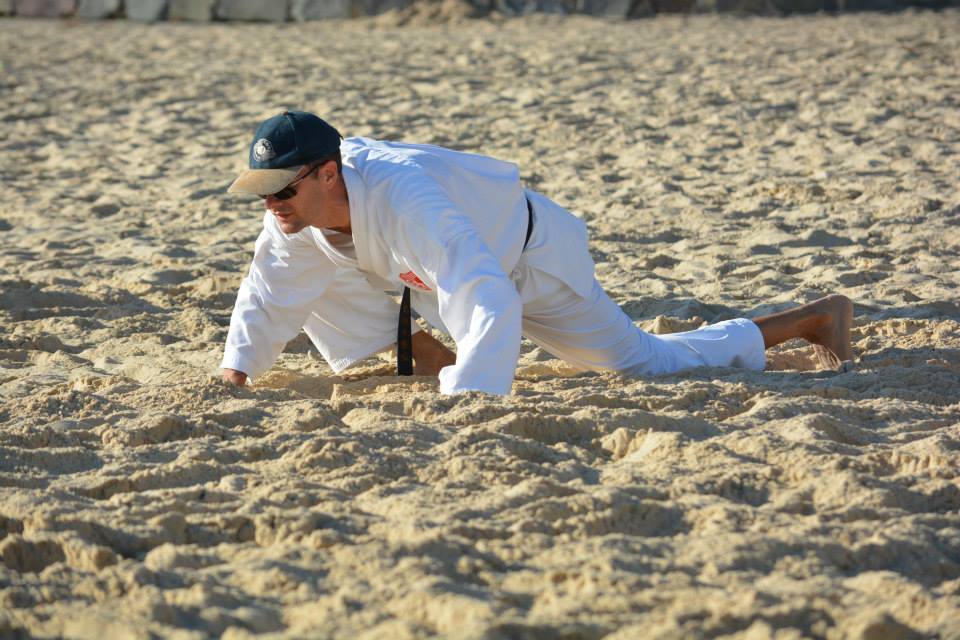 Gradually, as membership grew, more and more students joined the beach training.  Now as there is a much larger, full time dojo with plenty of lessons on offer, beach training occurs mainly as a special event and usually in the format of a lesson given there are many students that attend.

If you want a feel for what those times were like, then please think about joining Sensei’s at the three upcoming early morning beach training sessions planned in June as part of the dojo’s 15th year celebrations.  You’ll get to have seiza while the sun rises.  If you are game, you’ll want to think seriously about coming along! 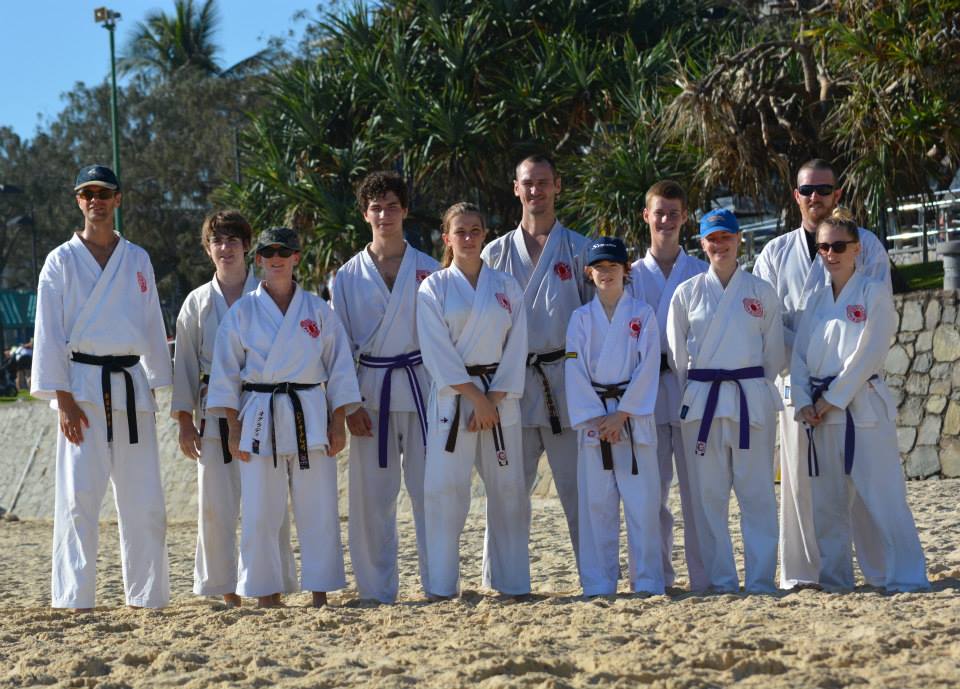