Up until recently, we were planning on running a Trivia Night to help support members who were going to compete at the the International Chito-Ryu Soke Cup in Kumamoto, Japan this August.  But plans have changed…. With the massive earthquakes in Kumamoto last month, the Soke Cup has been postponed.  As yet, there is no date re-set for the Soke Cup, so our local association has decided to change the purpose of this fundraising event, instead of supporting our local athletes, we’ll instead be donating funds raised to help rebuilding of the Sohonbu dojo which was structurally damaged in the quakes. 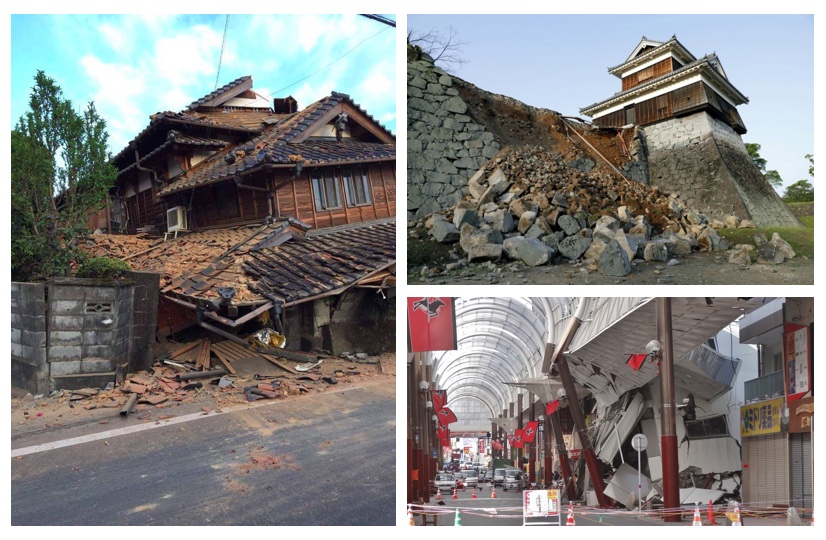 The damage has been huge: homes lost, lives lost, over 100,000 displaced from their homes.  Fortunately, we’re not aware of anyone in out Chito-Ryu Karate family that was injured or lost their lives, but there was certainly a lot of property damage and even now nearly a month since the first earthquakes many dojos are still not operating as community facilities that were used as training venues have been repurposed as use for emergency accommodation.

While this is certainly a disappointment for those who were planning to attend the Soke Cup this year, it’s nothing compared to what our friends in Japan must be experiencing.  The least we can do as a part of the international Chito-Ryu community is to lend a hand for the rebuilding of the international headquarters.

Tickets for the trivia night are available from the dojo by pre-purchase only, at a cost of:  $10 per person or $30 per family.  Children under 10 years of age are FREE.

You can form a table on the night or bring along your own table full of smart people to answer all the questions for you.  In addition to several rounds of trivia, there will also be a lot of other stuff going on as well.  Definitely a night not to be missed. 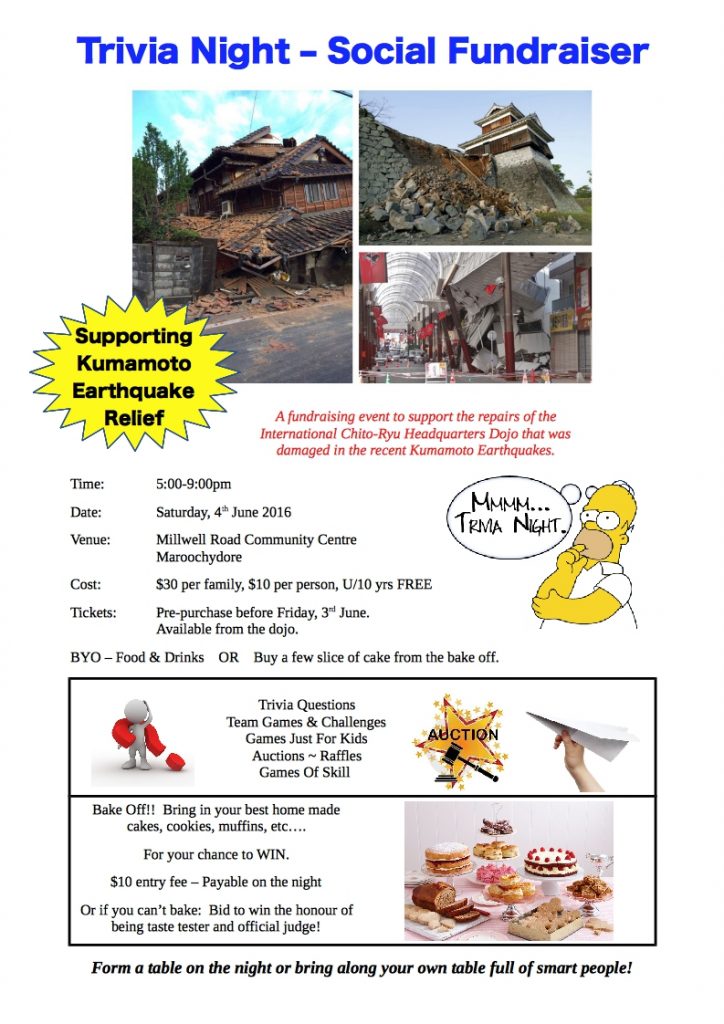